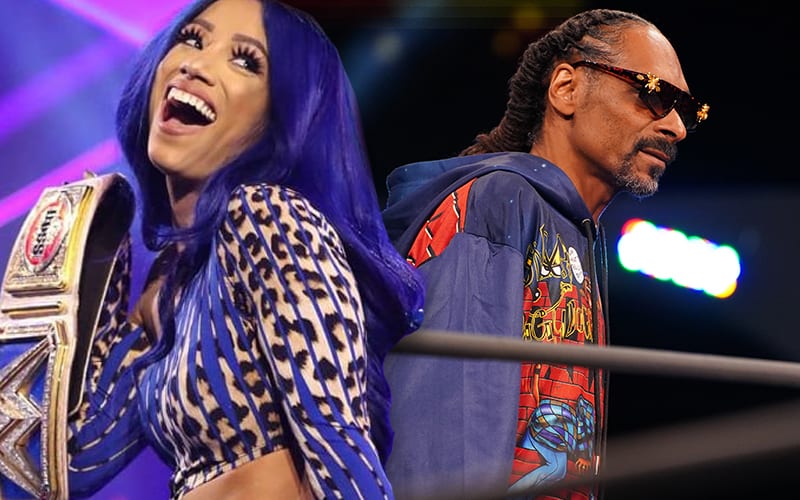 Snoop Dogg showed up on AEW Dynamite, and the famous rapper get more involved with the action than anyone would have guessed. Sasha Banks, his cousin and WWE Superstar, was watching from home.

We previously covered her initial reaction to Snoop’s big dive. She thinks he could use some pointers. It’s a good thing Snoop Dogg has a wrestler in the family to help him out.

The Complex Sports Podcast recently spoke to Sasha Banks and her cousin’s AEW spot came up in the conversation. She didn’t put AEW over too much, but she did say that all that matters is that Snoop Dogg had fun.

“I saw him two weeks before he did that, and he was talking about how he wanted to do a splash. I wasn’t thinking that splash was going to look like that! He called me right after, just cracked up laughing, asking if I was proud. I was like, ‘Dude, if you had fun, that’s all that matters.’”

Snoop Dogg did have fun in AEW. He was also a big part of remixing Cody Rhodes’ new entrance music. Now Snoop Dogg has remixes in both AEW and WWE, because he already does Banks’ theme song as well.