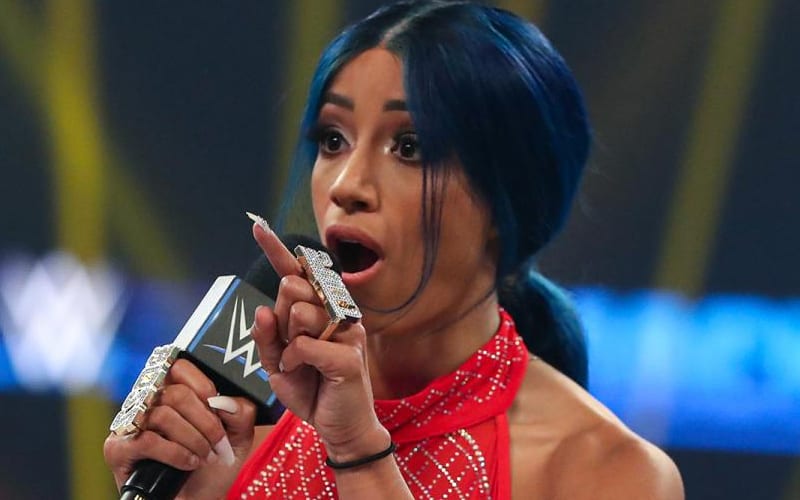 Sasha Banks has a lot of reasons to be confident. They call her The Boss for a reason. Her recent appearances in Star Wars’ Mandalorian has brought that to a new level.

The Wrap recently spoke to Stephanie McMahon where Banks came up in the conversation. She said that the SmackDown Women’s Champion’s confidence was boosted in a big way by her appearance in the Star Wars universe.

“Sasha’s star only continues to rise. I think that experience for her gave her a different set of confidence that maybe she didn’t have before.”

“Sasha is one of our biggest stars with some of the best charisma and potential. And on top of her athleticism and her storytelling abilities, she just shines. When she walks out, you pay attention. I love her attitude and just everything about her. So I think Sasha is really just getting started.”

We’ll have to see what’s next for Sasha Banks, but she could be in line for an even bigger acting career after getting started in such a way. The possibilities seem endless at this point for her as the WWE Universe waits to see how she will surprise us next.