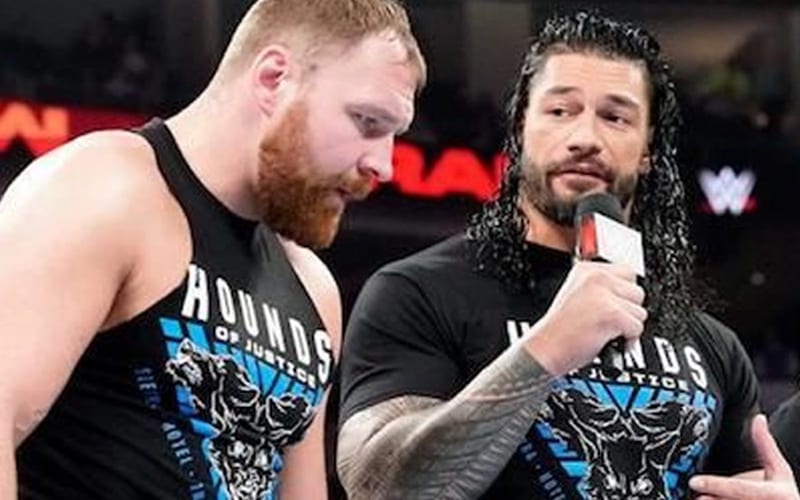 Jon Moxley and Renee Paquette are expecting a little girl in a few months, and Moxley could use some advice. Roman Reigns knows a thing or two about children because he has a few up on Moxley. This caused a funny interaction when news broke that Moxley and Paquette were expecting.

While speaking to Bleacher Report, Roman Reigns revealed that he speaks to Seth Rollins much more than Jon Moxley at this point. Moxley is in AEW and doing his own thing, but Roman still gave him a call when the happy news about his upcoming bundle of joy broke.

“It’s pretty out there anyways that me and Mox were super-tight,” he said. “We traveled together even when we split up. We were drinking buddies, the whole nine. I got a lot of cool moments with Mox. But actually I talk to Seth a little more than I talk to Mox right now. He’s off doing his thing. Probably when I found out he was having a baby was when I texted him, when I found out they were pregnant. He’s funny. He goes, ‘What the heck am I supposed to do?’ ‘It’s simple, man. You feed them, you change them, you love them. That’s it.’ He texts back, ‘You make it sound so simple.’ We’re all still good, dude.”

Just because Jon Moxley and Roman Reigns are in separate companies doesn’t mean their friendship is over. They were brothers in The Shield for years and those bonds are impossible to break. We’ll have to see if Moxley calls Reigns for any more parenting tips.