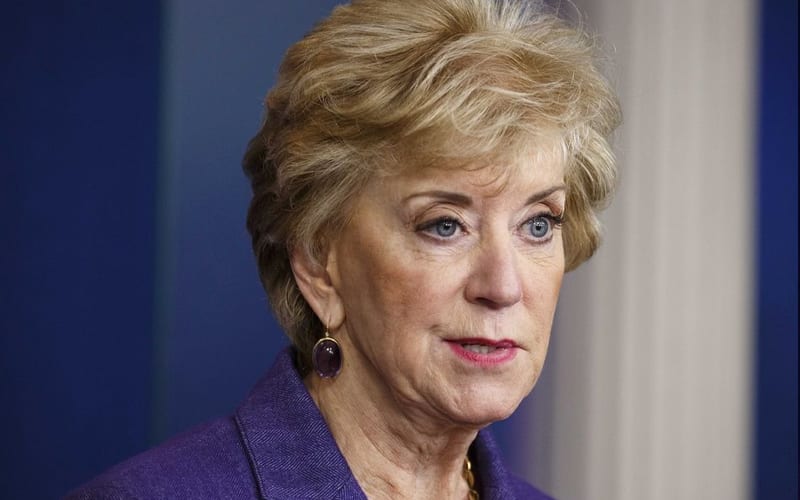 Linda McMahon is very political, and she donated around $40 million to the Donald Trump campaign and republican party in recent memory. Could that translate into a run for office herself?

Lavie Margolin, author of “TrumpMania”, recently spoke to Wrestling Inc about the possibility of Linda McMahon running for office. If Linda McMahon continues to donate a ton of money and run Super PACs for the republican party, that will keep her status of influence. She has tried for public office before, but failed. There could be a chance for a run at POTUS if things will fall into place for an actual presidential run, but that is a big “if.”

“It’s something that I’ve been thinking about. I think as long as she’s willing to continue to open her wallet, she’ll be an important figure in politics, at least from a donor perspective.”

“You could have as many PACs as you want. If you give her her own PAC and she doesn’t do that well, she’s gonna give you 5, 10, 15, 20 million dollars. You’re very happy as a politician, but what does she want? Political aspirations have been her thing for quite a while, but she has a couple other elements to her that helped her define herself outside of wrestling.”

“One of them was small business and supporting, at least outwardly, small business owners, and she actually did from all accounts really with the SBA. She promised to visit all of their offices. She did that. I actually found an article today where she was thanked by the current SBA administrator sort of for setting up a plan that’s working really well. The other thing was Women’s Empowerment and Leadership, and interestingly, that is a torch that Stephanie carries very much so, especially on LinkedIn.”

“She’s liking everything about Women’s Leadership and Empowerment, and they have initiatives at WWE that focus on women’s leadership and growth. Mom and daughter seem to be aligned in that area as well, but for Linda, both of those things might have been a thing to sort of get deeper into politics. Would she run herself again? That’s an interesting question. When you have a confidence to run twice already, you’re more well-known now nationally, but what do people think of you? Well, that’s the question.”

Linda McMahon could move her way up the Republican party with big donations and a public profile. We’ll have to see what’s coming next. In 2012, few people would have guessed that Donald Trump would run and win the Presidential Election in 2016. This could be a very interesting four years as the GOP tries to find a new face, and Linda McMahon likely wouldn’t reject the nomination.