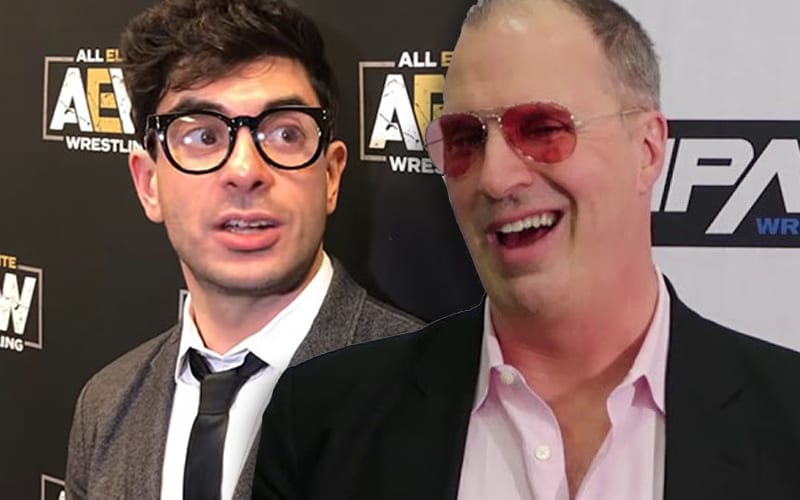 Kenny Omega and Don Callis shocked the world when The Cleaner became AEW World Champion. Then they promptly announced that Omega’s first appearance as champion would be during Impact Wrestling’s AXS TV show.

While speaking to Chris Van Vliet, Don Callis discussed the current situation with AEW and Impact Wrestling. He explained that you can’t tell someone like Tony Khan that he’s doing something wrong, so he had to arrange a different way to get the message across.

“There’s a lot of people when you’re smart and successful like Tony Khan who are sycophantic yes men, ‘Oh that’s great, you can do no wrong.’ The wrestling media has done that as well. I understand it. He’s been a blessing for the industry. What I did is I didn’t act like a yes man.”

“I didn’t tell Tony. You can’t tell someone like Tony Khan with an IQ over 160, you can’t tell him he’s doing something wrong. You better do this, you better be careful; because he’s only known success. So, Tony had to have a failure to actually learn and evolve.”

“Here’s the other thing. People say failure. I don’t consider it a failure. Tony Khan understood that night, and he understands now that this is a whole different business and you can only trust yourself. I suspect that there were people around Tony Khan telling him that he’s bulletproof and nothing like this could ever happen to him.”

“What happened? I suspect Tony will never let it happen again. He’s welcome for that. Another thing Tony got? He got the best wrestler in the world as his world champion. At the end of the day, be clear Kenny Omega and I pull the strings.”

Don Callis doesn’t see his entrance into AEW as adversarial. He said that Tony Khan has reaped a lot of benefits from their partnership. Callis said that he’s sure that Khan can teach him some things, and he’d be glad to sit down and have a conversation over a cup of tea. We’ll have to see if they every arrange that tea time.