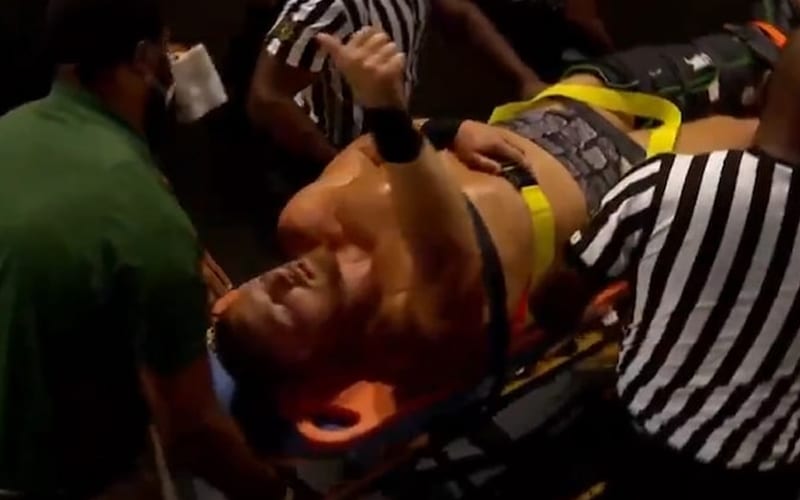 Ridge Holland was on his way to getting a big spotlight in NXT. He was set to feud with Adam Cole, and then he suffered a terrible injury on live television. His leg snapped, and it was so gruesome that the injury got press in places where pro wrestling doesn’t usually capture headlines.

Holland suffered a dislocated knee, but that was put back into place at ringside. The left angle dislocation and fracture was another story. He also suffered a left a patellar tendon rupture.

While speaking to Talk Sport, Ridge Holland seemed to be in good spirits after such a cataclysmic leg injury. He joked about getting a buy one get one free deal, and he praised WWE’s medical staff. Now he’s back on the road to recovery.

“Pretty freak incident. On my left leg I fractured and dislocated my ankle and then on my right leg, I dislocated the kneecap and ruptured my patella tendons. Kind of a buy one get one free on injuries! But, it’s coming on well. The WWE medical staff are top notch and they’ve got me well on the road to recovery.”

Ridge Holland has a long road ahead of him, but hopefully, 2021 will see his return to the ring. He was getting set up for a position of dominance as well. He has the right attitude about things, and that is sometimes that is the hardest thing to achieve.