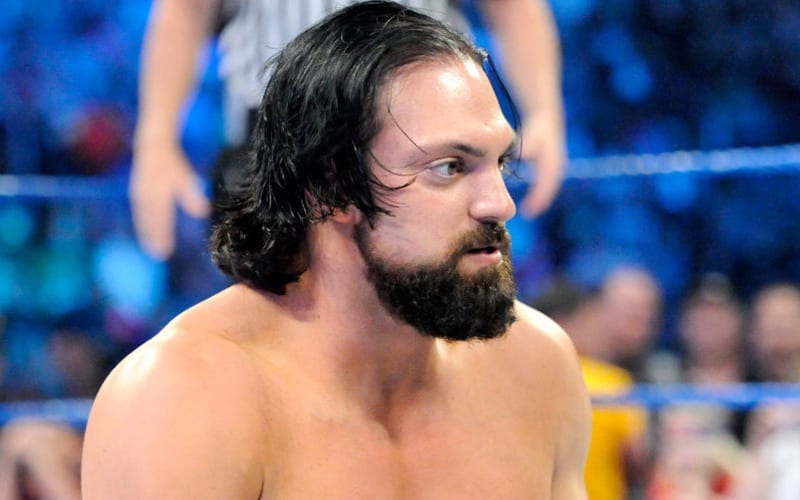 WWE has no off-season, and they expect a lot from their Superstars. That used to include making towns all over the world. Now it means they must pass a COVID-19 and perform in the ThunderDome once a week. Even prior to the pandemic, Damian Sandow said that the talents’ schedule was nothing compared to what he had to go through.

While speaking to Giancarlo Aulino, Damian Sandow walked him through what a typical week was like for him as a WWE Superstar. There was only about a day-and-a-half at home because the rest of the week involved constant travel.

“You have a day-and-a-half at home. Your plane lands at 11:30 [am] on a Wednesday. You know, you’ve been up since 5 am, you catch your flight, you do your laundry. Then Friday, you get up six in the morning, catching a flight, three house shows, then you do two TVs [tapings], then you do it again. Yeah, it was no time at home. It’s funny cause I hear now how the schedule is and I’m like, ‘Oh my God’ …well this is pre-pandemic too… yeah, like that schedule is nothing [laughs]. You know, for what they did and what they expected from us.”

Damien Sandow then addressed fans who say that WWE is evil by keeping people on the road so much with no days off. Sandow explained that it’s not about WWE being evil. It’s about the nature of the business, and he was compensated the entire time. So, he had no complaints.

“Day after Christmas we’d leave and we’d get home for New Year’s, which was a very lucrative loop which was cool. And people getting time off like, ‘Oh, I need some time off.’ We would never think about doing that… ever think about doing that. I think you know what with some guys, I think they’re just for some reason they’re more lenient, but I never ever, ever got any special treatment from the office or anything like that. Like I never… nobody ever made an exception in my case and they would with some guys, but that’s what they do and it’s like that in any business.”

“This isn’t just, ‘Oh, evil WWE.’ No, it’s just sometimes some people get breaks, sometimes other people don’t, that’s it. They compensated me for it and life goes on.”

Damian Sandow is now performing as Aron Stevens. His latest gig is with the NWA, and he is awaiting the pandemic to subside along with everyone else. On November 11th, Stevens and JR Kratos won the NWA World Tag Team Titles from Eli Drake and James Storm.