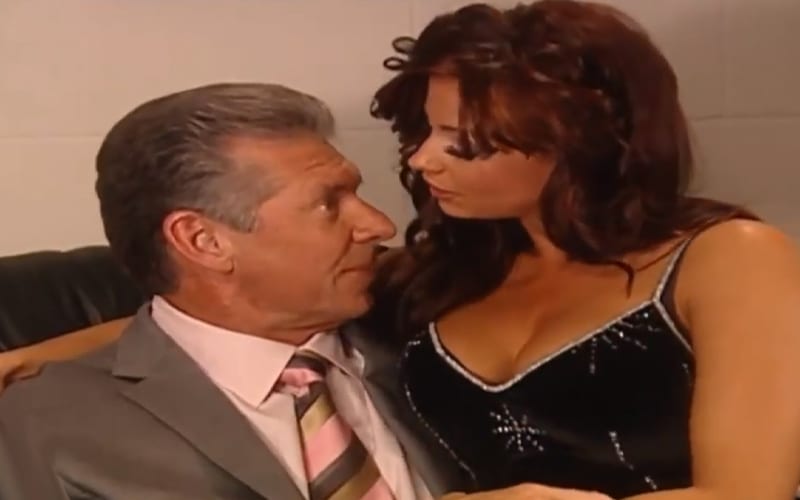 Vince McMahon books WWE television and what he says is what happens. This also applies to scenes where he books himself to get a little close with the talent. Candice Michelle can attest to that.

While speaking to Wrestling Inc, Candice Michelle talked about kissing Vince McMahon during backstage scenes. She remembered the experience as awkward, but she wasn’t the only one who did it. Michelle said that it “trickled down” and other Divas eventually got to “act” with the Chairman.

“I remember it was awkward. I do think there was like two, maybe three, I don’t quite remember to be honest. But also it was how it was back then. I remember it just kind of trickled down from girl to girl. Everybody kind of went through that. Even though it’s awkward to do, it was just part of my job. There was no intimacy, we didn’t think of it like we’re actresses and we’re going to win an Emmy nomination or something. We’re young and we’re dumb and we’re innocent, and we’re happy to be working. That’s just part of it.”

Vince McMahon hasn’t booked himself in a romance angle in a long time. Jim Ross recently said that WWE is looking for more angles just like that. Perhaps Vince McMahon might get the idea to revisit some old ideas.