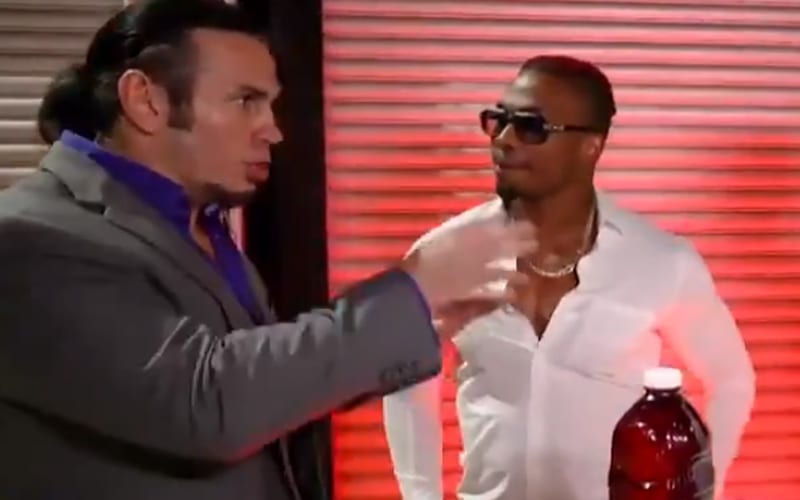 WWE has been surrounded in controversy over the past few months. This is because they imposed a ban on WWE Superstars earning money from third-party platforms such as Twitch and Cameo.

WWE Superstars had to hand over the ownership of their accounts to the company and they would receive a portion of the income generated from the platforms, which would be deducted from their downside guarantee.

On this week’s Night One of AEW Dynamite New Year’s Smash, Matt Hardy took a jab at WWE’s policy.

During a backstage segment featuring Private Party, Matt Hardy appeared as their agent. After some negotiations and confirmation of the contracts, Hardy noted that he is not a monster who will not allow Private Party to continue on third party platforms such as Twitch and Cameo.

“I got you covered. I can’t wait for Private Party to be iconic. And you know what? All those 3rd party platform things like Cameo or Twitch…I’m not a monster. You still go that. And they’re very beneficial.”

We will have to see how the storyline between Matt Hardy and Private Party will continue to develop.