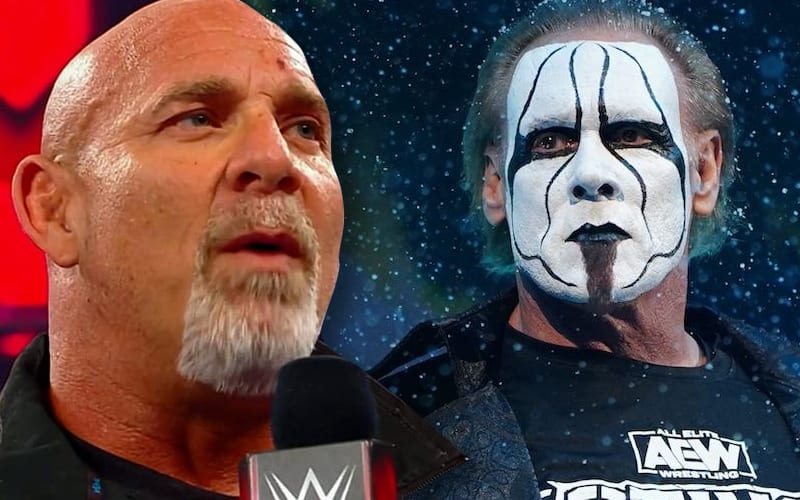 Goldberg returned to WWE television on Raw this week, and he immediately stepped up to Drew McIntyre to challenge for the WWE Title. The 54-year-old Goldberg’s return saw Sting’s name pop up in the conversation as well.

Fans who jeered Goldberg’s return were met with others reminding them that AEW just brought in 61-year-old Sting, who intends to wrestle in cinematic matches.

This debate continued, and it saw Sting’s name trending on social media. Others brought up both Goldberg and Sting to point out how nostalgia is still taking over in 2021.

Sting’s name trended in the Combat Sports category of Twitter with over 11,500 tweets about him. That many fans mentioned Sting in some form while discussing Goldberg’s return.

Goldberg’s return got a lot of people talking. That is what WWE wanted. The big question is what they do with Goldberg at this point. AEW is using Sting in a very different way than WWE’s use of Goldberg. This is obviously a big topic of conversation in the Internet Wrestling Community right now.