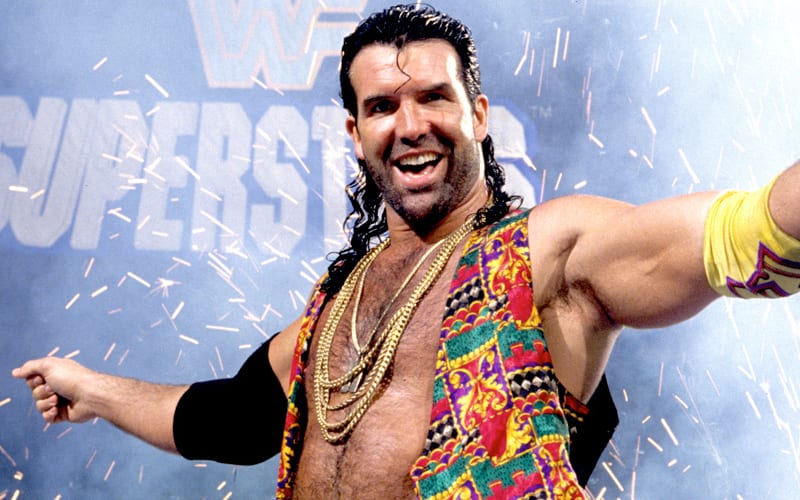 Scott Hall is a two-time WWE Hall Of Famer. He was inducted on his own, and he is part of the nWo who received placements in the 2020 WWE HOF, but the ceremony never took place. That counts as two inductions for a lot of fans, but Razor Ramon never picked up the World Title along the way.

During an Ask Me Anything on Ad Free Shows, Jim Ross was asked if Scott Hall’s substance abuse was what kept him from becoming WWE Champion. Jim Ross agreed 100% with that statement.

“Oh yea. Absolutely. Scott’s personal demons are the only negative on his checklist. He had a great mind. He still does. He is very astute in the machinations of producing a wrestling character angle or storyline. He can work very well. He’s big and can work with any talents. He can be a big heel or be a big babyface. The only thing that held Scott back was reliability. He was such a prisoner to the drugs and the booze that he had a hard time getting past that element.”

“That became his identity at certain points of his career, which is totally unfortunate because he was a hell of a hand in the ring. Really good and he had a great mind. I’m surprised, and of course, this may be part of his decision, but I’m surprised somebody hasn’t picked him up in a creative capacity because I think he’s that good.”

“It wouldn’t surprise me under better circumstances that Scott was the World Champion. He had the skills. He had the look. He had the aptitude. He just had those little demons nipping at his heels that seemingly didn’t ever go away. I haven’t heard from Scott in a while. Sometimes no news is good news.”

Scott Hall recently made headlines when a virtual signing had to be called off due to his state of intoxication. We are hoping for the best as Hall continues dealing with whatever demons he has. That is not a new problem for him, and it also kept him from achieving his maximum potential in WWE.