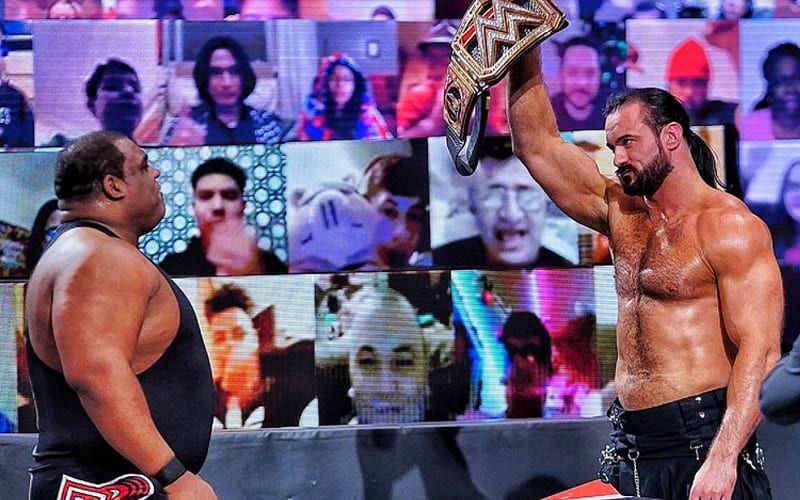 Keith Lee is in line for a WWE Title match on Raw this week. He must topple Drew McIntyre for that to happen, and the Scottish Warrior is not about to give up his title.

Drew McIntyre tweeted out a photo of himself holding the WWE Title in front of Keith Lee’s face. Lee has McIntyre’s respect, but he’s not coming any closer to the WWE Title.

I respect you Keith, but this is as close as you’re going to get as long as I’m the WWE champion.  #WWERaw

Keith Lee has a big battle ahead of him on Raw, but he has proved doubters wrong his entire career. Raw will continue setting the stage for the Royal Rumble as the Road To WrestleMania 37 will also start at the big January 31st event. Drew McIntyre intends to carry the WWE Title into the Royal Rumble.