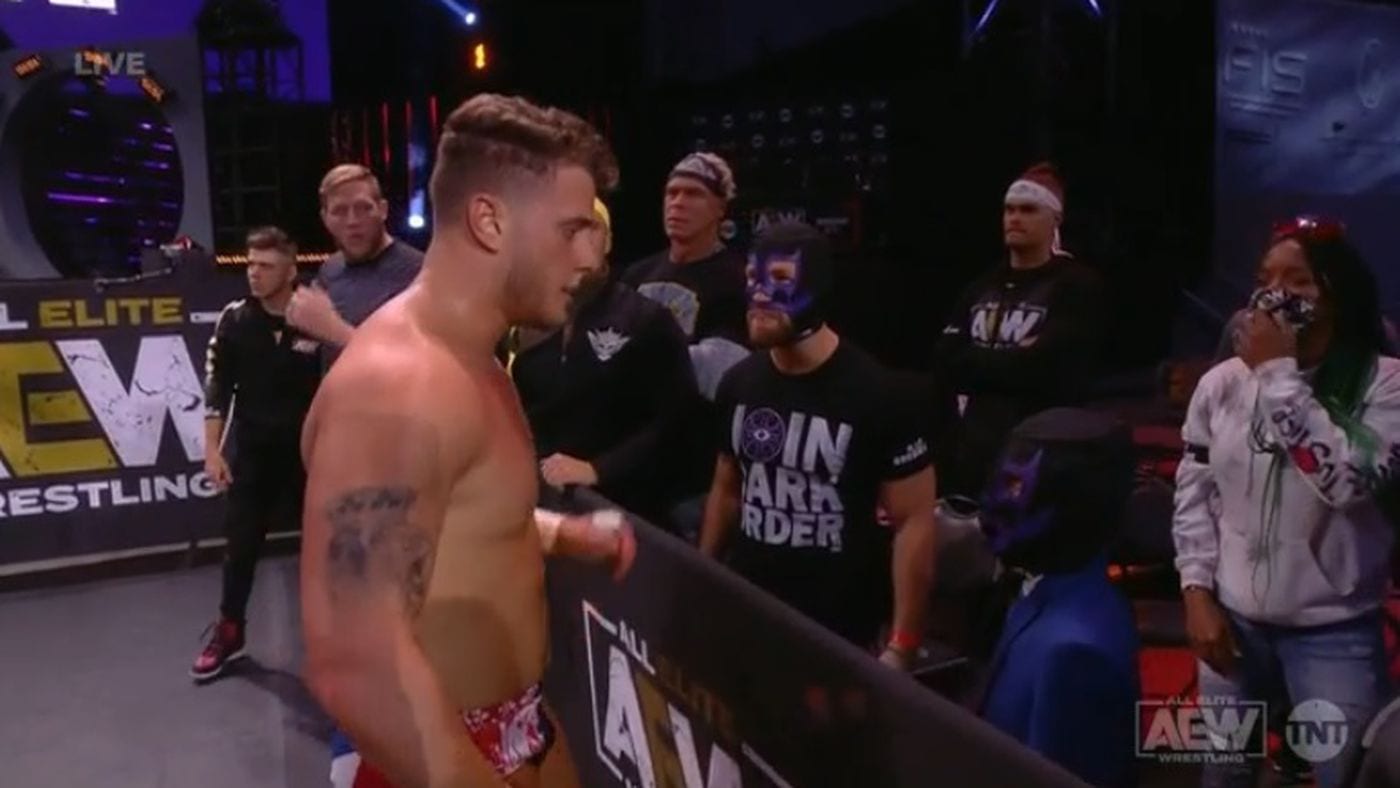 The latest episode of AEW Dynamite was a special tribute show, celebrating the life of Brodie Lee. The show featured specially-booked matches to honor Lee’s memory.

A six-man tag team match was one of the highlights of the show, where Alex Reynolds and John Silver teamed up with Adam Page to take on Proud N Powerful and MJF. The closing moments of the match saw Brodie Lee’s son, -1 hitting MJF with a kendo stick on the head.

MJF did not take kindly to that, as he sent a very angry tweet to Brodie Lee Jr after the match.

It seems Dark Order Member Alan Angels saw MJF’s tweet and gave a profane reply of his own to MJF. He simply said ‘F*ck you.’

AEW’s tribute show to Brodie Lee was a huge success according to fans and wrestlers alike, as they all celebrated the wonderful life of the former TNT Champion.