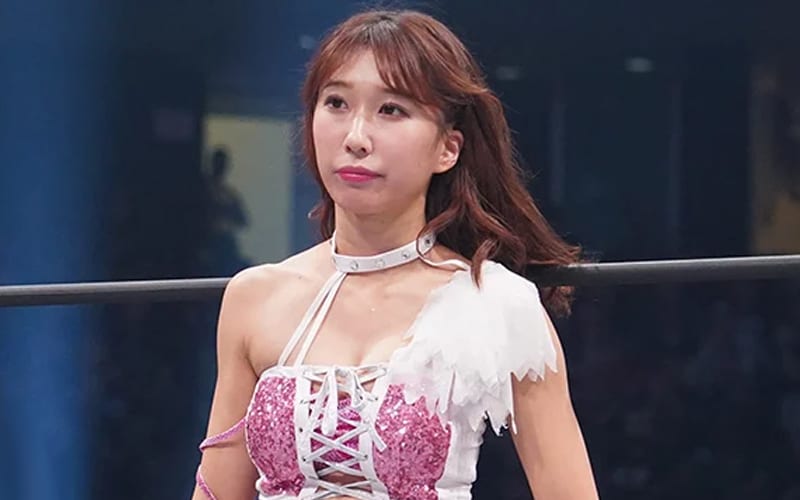 Riho hasn’t been able to work an AEW event since the pandemic started. The first-ever AEW Women’s World Champion was in Japan when the COVID-19 pandemic swept the globe, and that is where she stayed. She was unable to make it back to the United States. The company was allowing her to work Stardom events, but there was a catch.

The Wrestling Observer Newsletter reported that Riho is now done with Stardom. AEW allowed her to work those events, but they would not let her lose. Stardom also wanted her to sign with them, but she couldn’t do that either.

That was Riho’s last show with the promotion. The issues were that AEW was allowing her to work on the shows but not authorizing allowing her to lose. Stardom also wanted her to sign exclusively with them which she couldn’t do because of her AEW contract.

Stardom was using Riho on their shows, but she was appearing in the early matches on the card. They didn’t put her in any key programs because of those issues. Her AEW contract obviously got in the way of things as well.

It is unclear when Riho will return to AEW, but the decision was made by Stardom that they shouldn’t highlight her so much because of those restrictions.