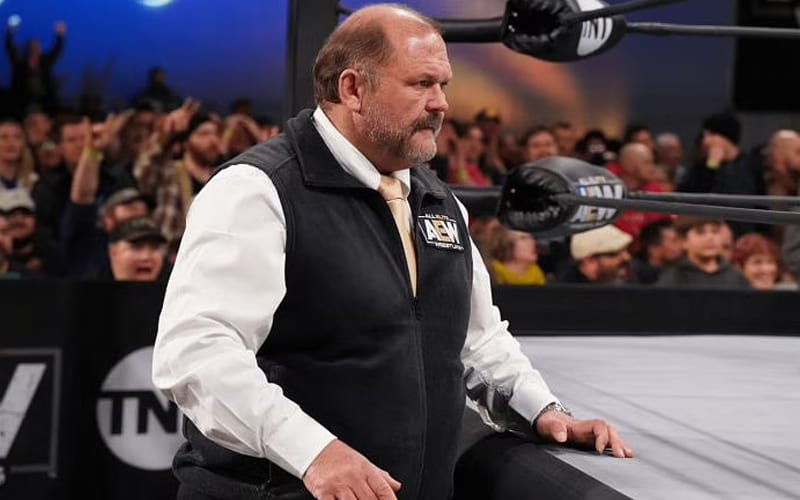 Pro wrestling runs in the family, and Arn Anderson’s son Brock is going to follow in his footsteps. Brock will have very big shoes to fill as his father was a member of the Four Horseman, but he is being taught all the right things.

During the ARN podcast, The Enforcer revealed that his son Brock is training to become a pro wrestler. There is no guarantee that he will be as famous as his father, but Brock is being taught the fundamentals, and he is being taught to respect fans.

“He will be able to wrestle before he ever goes out over the top or climbs up to the top or he may never even climb up to the top. Who knows? But, he will be taught the fundamentals and more importantly than that, he will have respect for every wrestler that has ever stepped in a ring anywhere in the world prior to him. They deserve his respect because they are paving the way for young kids like him to possibly have a job in this industry.”

“He played left tackle at 170 pounds when everybody else on the line was 320 and above. That picture will crack you up. I am going to try to bring him along slowly and make sure he has a good foundation. Win, lose or draw, if he does make it, he will at least know his way around the ring. You as a fan sitting there watching will know he’s spent countless hours with a lot of good people right now, including myself who can at least talk about psychology and the why and why not’s. It will make sense if nothing else and we will see what we got. I appreciate you being interested and hopefully if you will all in a thought just pull for him because I think he has something. Proud Papa. Nothing will be grander than seeing him step through the ropes for the first time.”

We’ll have to see if Brock Anderson makes his way to AEW eventually. Taz’s son Hook is now with the company, and he is a part of his father’s faction. Perhaps Brock vs Hook is a marquee match years down the line in All Elite Wrestling.