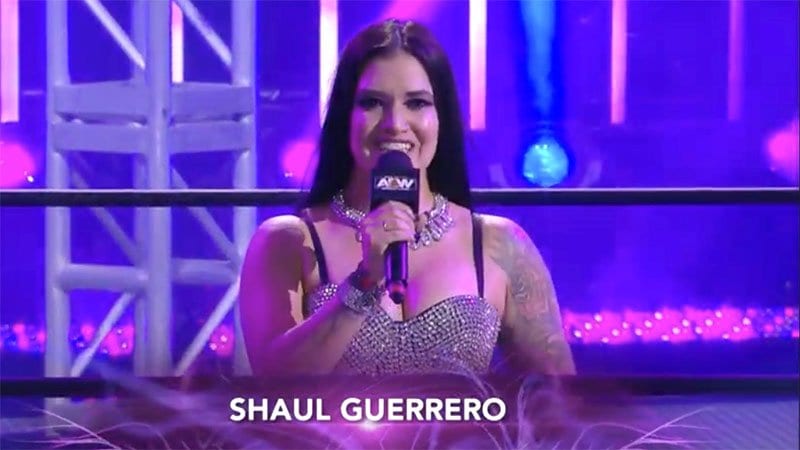 Vickie Guerrero and Eddie Guerrero have a daughter named Shaul. Shaul Guerrero had signed a contract with WWE back in 2010. She had a good run in WWE developmental brand FCW, where Guerrero won the FCW Divas Championship.

Shaul Guerrero also had a brief run in NXT and then left the company in 2014. She only recently made her pro wrestling return in the independent scene.

Vickie Guerrero recently spoke to Lucha Libre Online’s Michael Morales Torres, and was asked if her daughter might be coming to AEW.

“You know, in this wrestling industry, you never say no to it. Her first important priority that she’s doing is training. She got to be trained by Dustin Rhodes and she was appearing for AEW appearances and then she’s a Chicago, so she’s training there. So then, one thing is being gone for six years of not wrestling. She wanted to get back to the basics and kind of get the ring rust out of her but you know, when Shaul performs, she looks exactly like Eddie. I mean the smirk, her walk her Charisma identifies who Eddie was when he was in the ring and she’s really trying to invent herself to be her own person not to be like Eddie, but to represent the family.”

We will have to see if Shaul Guerrero wrestles for AEW in the future.