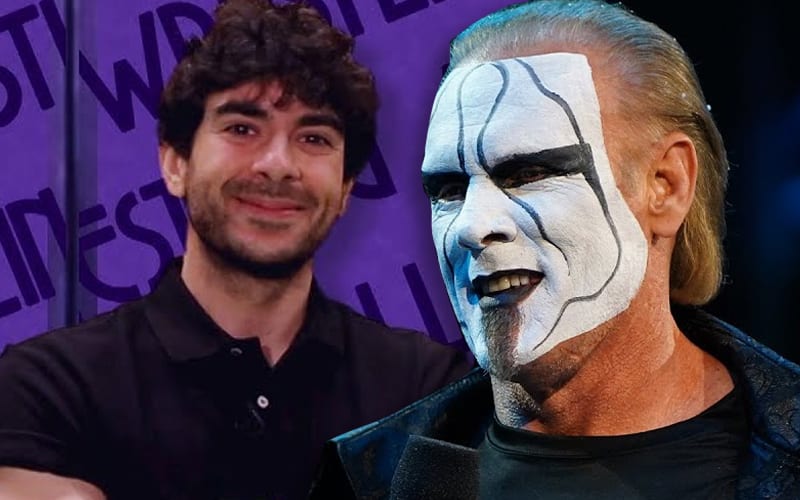 Sting’s arrival in AEW was met with a lot of surprise and intrigue about what is next for him. There are still a lot of questions to be answered, but it’s very clear The Stinger is happy with his decision.

While speaking to AEW Unrestricted, Sting revealed that Tony Khan first called him around five years ago. Khan wanted Sting to sign a baseball bat for the Jacksonville Jaguars at the time.

Their relationship continued and, about a year prior to Sting’s debut, Khan sent him a text. A couple of months ago, Sting made the call himself because he wanted to know if AEW was still interested.

“It all started, actually if we go way back, well five years, I got a call from Tony Khan five years ago or so, maybe even more. I didn’t even know who he was. He said, ‘hey my name is Tony Khan,’ blah blah blah. He mentioned the Jacksonville Jaguars. I was like, ‘who is this?’ So, I did my research and found out there is a Tony Khan and a Shad Khan and I ended up calling him back and he wanted me to sign a baseball bat and he wanted to present it to the team and all that. That’s a whole another side story that we’ll talk about another time.”

“He called me again about maybe a year ago or so. He didn’t call me. He sent a text. I was still with WWE so I had to be careful how I handled that kind of stuff, so I just kept it superficial. That was that.”

“Then maybe two months or so ago, somewhere around there I reached out and I said, ‘Hey are you still willing to talk?’ He said, ‘yeah,’ and here we are.”

Sting signed a multi-year contract with AEW, and the company has already used him more than WWE ever did. He will remain a regular on their weekly programming.

AEW gave Sting a custom entrance that he really digs and they also released a t-shirt which broke sales records. We’ll have to see what’s next for Sting in AEW, but they are off to a great start so far.