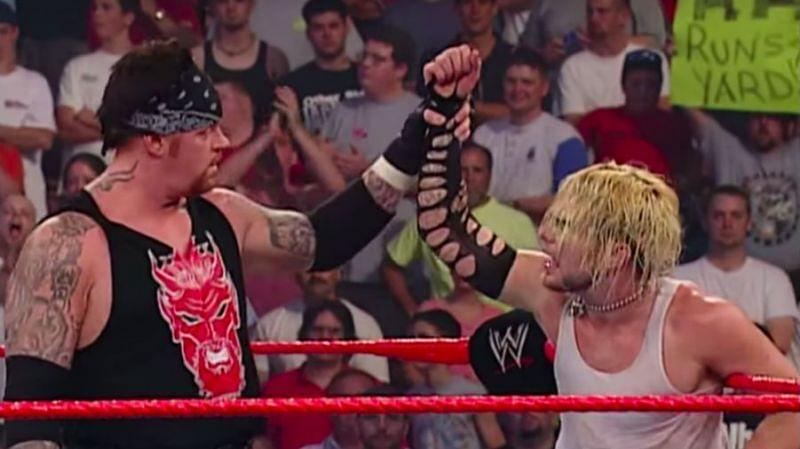 Jeff Hardy has had a very successful career in WWE, both as a tag team competitor and also a remarkable singles career. Many fans would agree that The Undertaker was the one who first made Hardy shine as a singles competitor. Ex

Hardy recently spoke to Stephanie Chase of Digital Spy, where he discussed a variety of topics. Among them, Hardy talked about how important The Undertaker was for his career in WWE.

Many fans look back on the ladder match between Jeff Hardy and The Undertaker for the WWE Undisputed Title on Monday Night RAW in 2002 as the match that truly showed Hardy’s capability as a singles wrestler.

Despite not winning the match, Hardy earned the respect of The Deadman and several fans. Hardy reflected on the match, stating just how significant a role The Undertaker played in his career.

“Me being a young Jeff Hardy and going in there with the legend, the Hall of Famer known as The Undertaker, he’s pretty much like superhuman. For him to do what he did for me, I owe him so much. He helped me so much as far as what he did for me back then in that ladder match and I’ll never be able to repay him”

Jeff Hardy is currently a superstar on RAW, having engaged in a feud against Elias recently. We will have to see what is next in store for The Charismatic Enigma.