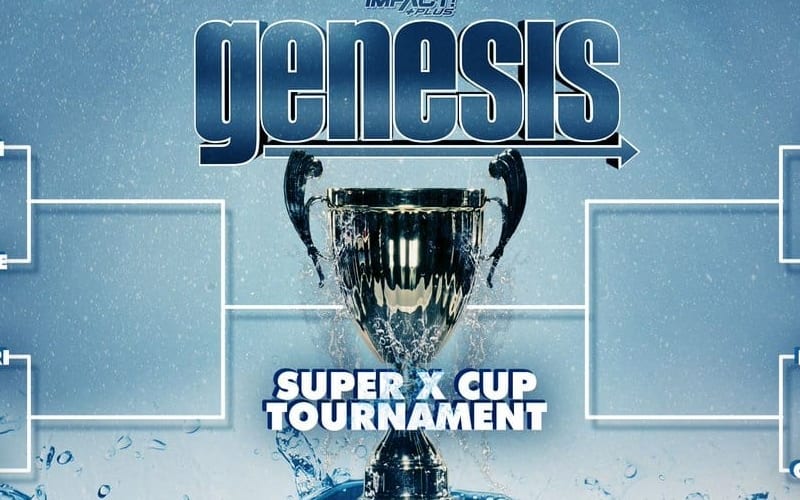 Impact Wrestling is bringing back the Super X Cup Tournament at Genesis on January 9th. They revealed those brackets during this week’s episode of Impact Wrestling.

There are a lot of possibilities with the brackets in this tournament. We’ll have to see how things turn out in the end.

Impact Wrestling’s Genesis event will take place on January 9th. It will stream on the company’s Impact Plus platform.