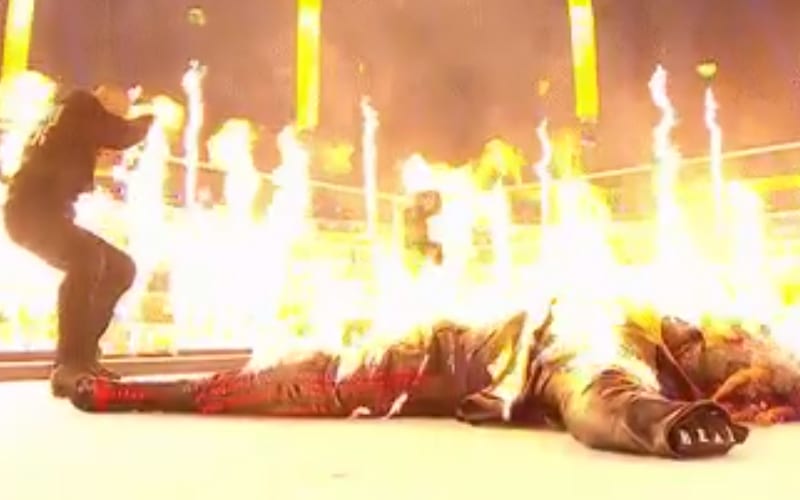 WWE TLC ended with a brand new twist on the Inferno Match. The Firefly Inferno Match put Randy Orton vs Bray Wyatt, and it ended in a very disturbing fashion.

Bray Wyatt and Randy Orton’s match didn’t start out with flames at all. Instead, they wrestled in a standard match. Suddenly, the outside of the ThunderDome was engulfed in flames.

They wrestled around and had some close calls. Then Orton took out Bray Wyatt, and covered him with gasoline. Randy Orton got a match and set Bray Wyatt on fire in the middle of the ring.

Orton left the ring and looked on with a sick sadistic smile on his face as Bray Wyatt’s Fiend laid motionless, burning in the ring. That was the final image from WWE TLC.