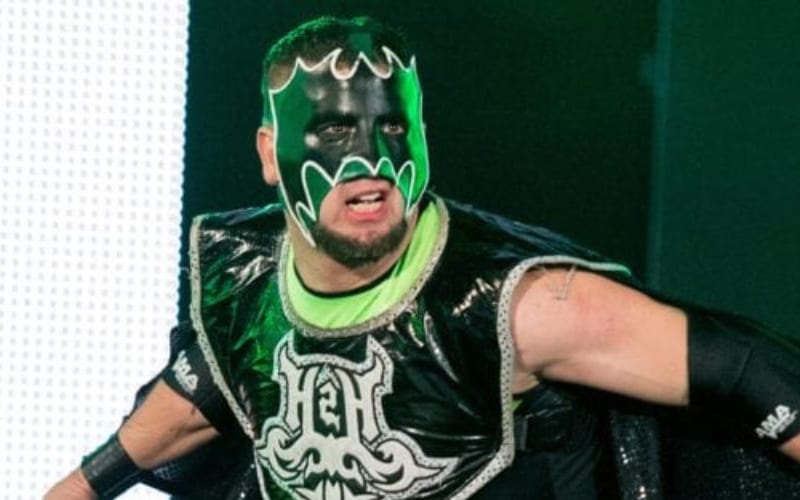 Shane Helms made his return to WWE as a producer recently, after he was furloughed by the company earlier in the year.

Shane Helms was a highly popular Superstar during the Attitude Era, where he was known as Hurricane Helms. The character was loved by fans and the times he partnered up with Kane and Rosey saw him win tag team gold.

The character also made an appearance during the cinematic match between Matt Hardy and Sammy Guevara at AEW Full Gear.

Shane Helms recently took to Twitter and responded to a WWE segment which featured Kurt Angle, Matt Hardy, and Lita. Angle and Helms had a confrontation in the segment, where Helms said his signature catchphrase for the first time.

Helms revealed that it was Vince McMahon who came up with his ”Stand Back” catchphrase.

This was the first time I ever said “There’s a Hurricane coming through.” Shane O’Mac was helping produce the segment and asked me what I was gonna say, I told him the line and he popped, so I kept it. I think it was Vince who suggested the “Stand Back” part for my intro.

It was to be noted that Helms actually pitched the “There’s a Hurricane Coming Through” to Shane McMahon, which was later on accepted by him. Vince McMahon simply added the introductory ”Stand Back” portion.