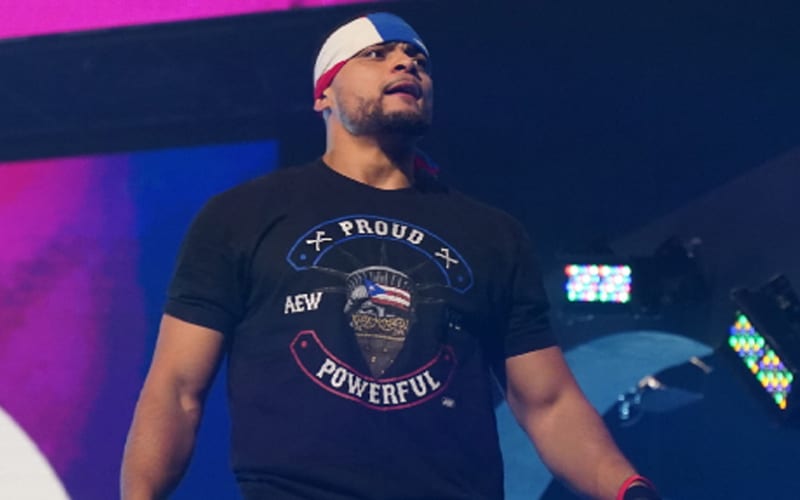 AEW star MJF is currently on a roll in the company. He competed in an AEW World Title match against Jon Moxley. After that, he successfully defeated Chris Jericho and earned the right to join the Inner Circle.

On last week’s episode of AEW Dynamite, the group agreed to be on the same page as Chris Jericho had given them an ultimatum a week prior.

It seems MJF is hell-bent on being liked by every member of the group. He heelishly patronized fellow Inner Circle member Sammy Guevara by praising him publicly on social media. Now it seems he set his sights on a member of Proud N Powerful.

Santana recently took to social media and uploaded a couple of images of him and Ortiz together with the caption: ”Coming for our throne…”

MJF saw this and tried to be overly friendly with Santana by saying the following:

Right? I hear you guys say that sometimes, idk. Love you bros.

Santana did not take too kindly to MJF’s words and gave a stern reply, which showed he does not consider MJF as a friend.

Just cuz you hear us say it, doesn’t mean you can… We gave you an inch. Don’t take a mile.

To this, MJF replied with a GIF, which implied that he understood what Santana said.

MJF is trying his best to fit in with the rest of the Inner Circle but barring Chris Jericho, none of the other members seem to be buying into his charade.