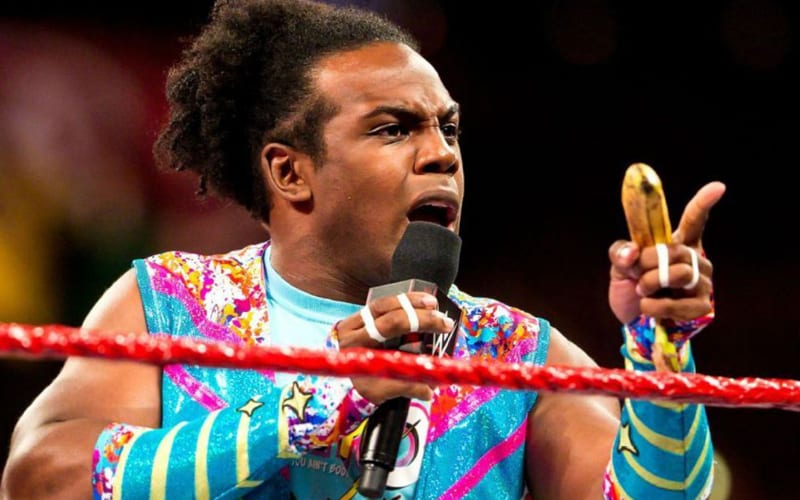 WWE TLC will be taking place on December 20th and the company recently added another match to the already-stacked card.

It was officially announced that RAW Tag Team Champions Kofi Kingston and Xavier Woods of The New Day will be putting their titles on the line against Shelton Benjamin and Cedric Alexander of The Hurt Business.

Shortly after the announcement, Alexander took to Twitter and asked fans a question. He asked if he should pin both Kofi Kingston and Xavier Woods simultaneously at WWE TLC.

Should I pin @TrueKofi and @AustinCreedWins at the same time?

Xavier Woods certainly saw his tweet and decided to respond with his own “serious answer” and took a shot at Alexander. He said that Alexander simply does not understand the rules of Tag Team wrestling. He explained that a Superstar cannot pin the illegal opponent unless it is a Ladder match or a Tornado Tag Team match.

Yet another member of the hurt business who doesn’t understand the rules of @wwe tag team wrestling. Unless it gets turned into a specialty (ladders, table, tornado, etc.) match, you cant pin the illegal opponent. He can’t even be in the ring past a 5 count

Kofi Kingston and Xavier Woods have been feuding with The Hurt Business for quite some time. Alexander has also pinned both Kingston and Woods on RAW in recent weeks.

We will have to see if The New Day will be able to defeat The Hurt Business at WWE TLC.