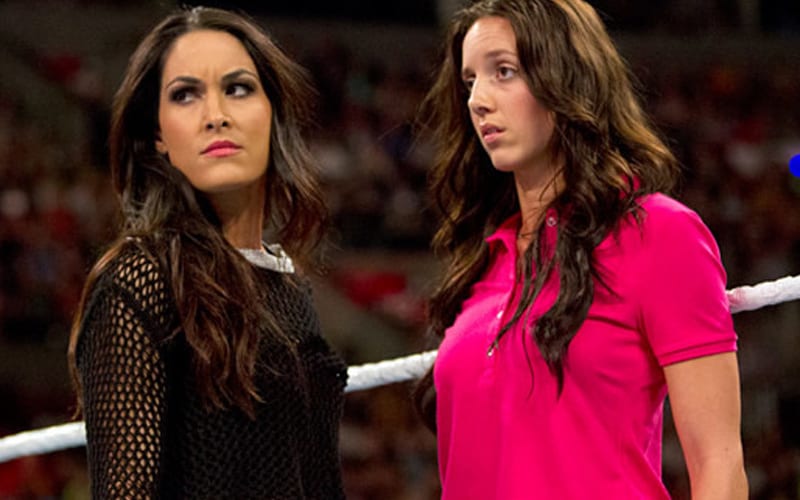 Chelsea Green made her SmackDown debut recently, but she actually appeared years ago as Daniel Bryan’s physical therapist Megan Miller. She then confessed to an affair with Daniel Bryan which caused Brie Bella to storm the ring and slap her. That is a moment a lot of fans might have forgotten.

Green certainly hasn’t forgotten that moment, and she remembered it fondly when the Bella Twins recently celebrated their birthday. She said that despite the slap, the Bella Twins were both very welcoming to her.

I’m a day late to the party, but HAPPY BIRTHDAY @BellaTwins. I’ll never forget how sweet & welcoming you both were to me as an extra at @WWE … even if this picture shows the opposite LOL.

Chelsea Green took a slap that day, but it was all a part of the show. The Bella Twins were apparently very welcoming despite the way things ended for her that night.

You can check out the segment in the video below.