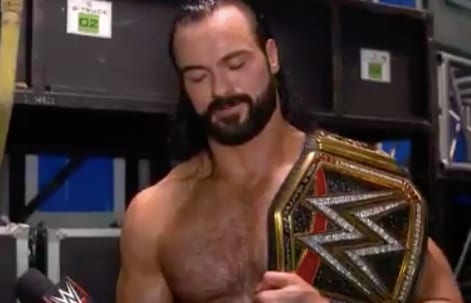 Last night on RAW, Drew McIntyre was able to regain the WWE Championship after beating Randy Orton to put an end to The Viper’s short reign with the belt.

Many fans were hoping this would be the result after the interaction McIntyre had with Roman Reigns on SmackDown, and now, Drew will be facing Reigns at Survivor Series in a fascinating champion vs champion showdown.

After his win on RAW, McIntyre spoke candidly about getting back the belt and setting up a meeting with the Tribal Chief.

While their WrestleMania 35 match was good, many are hoping that this bout goes even higher than that.