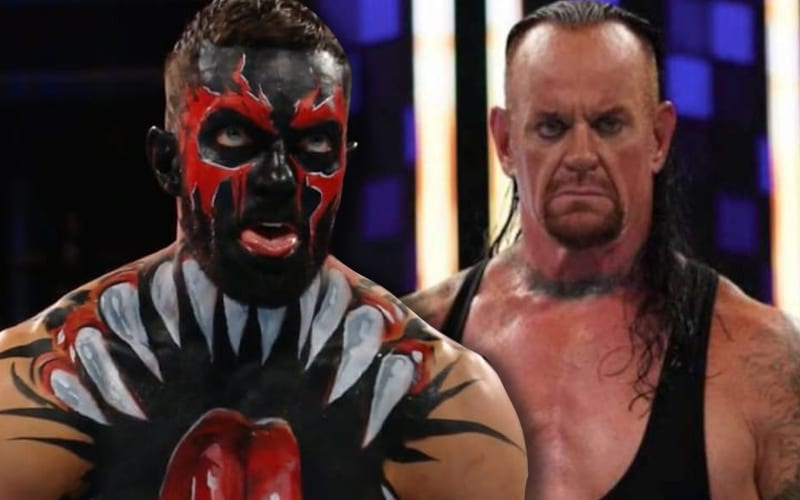 The Undertaker is set to give his Final Farewell at Survivor Series. We’ll have to see if that really means he’s retired, but he claims to be. If he has one more match, then Finn Balor is first in line.

WWE On Fox’s Twitter account posted a question asking: “If Undertaker has ONE MORE match it should be with,” and Balor liked the tweet. It didn’t take WWE On Fox’s social media team long to notice the NXT Champion liked that tweet.

Balor then replied to WWE On Fox by posting a photo showing himself as the Demon King vs The Deadman on a Fantasy Matches card.

That match might be incredible, but time seems to have passed it by. We’ll just have to see if Vince McMahon ever suggests that match to Taker, because it might be hard to pass up.