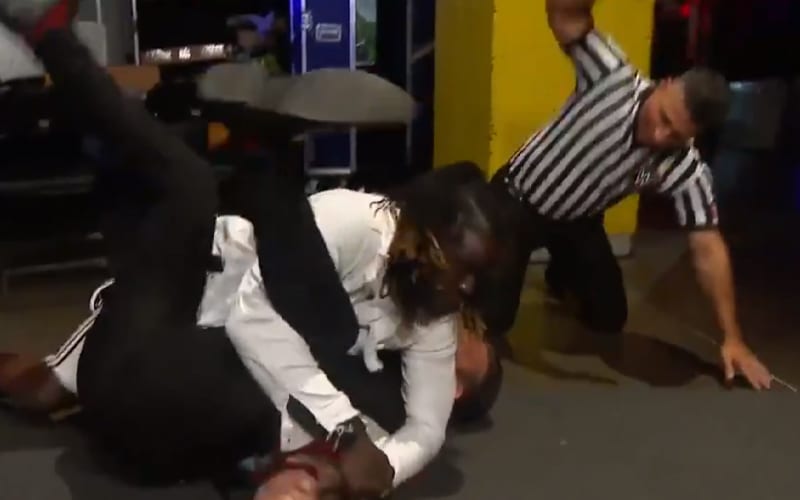 R-Truth might be the WWE Superstar with the most championship wins of all time. He picked up the WWE 24/7 Title for the 43rd time on Raw this week.

Drew Gulak wanted to join the Hurt Business, but he was wearing a clip-on tie. He said that “it was tactical” because he was the WWE 24/7 Champion, so he might have to get away in a hurry.

That answer wasn’t good enough for the most stylishly dressed faction in WWE. They laid out Gulak, and then R-Truth showed up to get a pinfall. He celebrated with his baby, the WWE 24/7 Title.