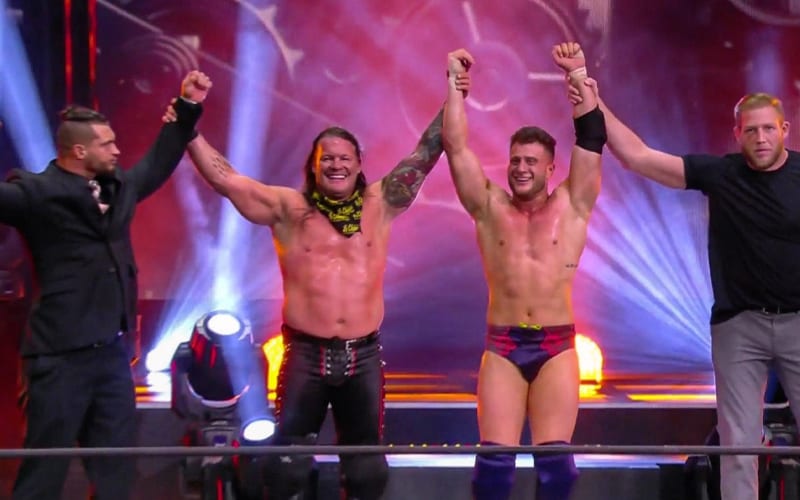 MJF defeated Chris Jericho at AEW Full Gear. He promised Le Champion that he would do anything to achieve victory, and that is exactly what happened. Jericho didn’t even seem too upset about losing as he celebrated with MJF and Wardlow after the match.

Following his big win at AEW Full Gear, MJF tweeted out a photo of himself posing with his new stable. He also included a little caption directed at those who thought he couldn’t pull off the victory.

He later followed that first tweet up with : “YOU MARKS ARE, BITCH!!!!”

MJF certainly proved a lot at AEW Full Gear. We’ll have to see how things turn out in this situation, but the Inner Circle is now larger by two members with the induction of MJF and Wardlow.