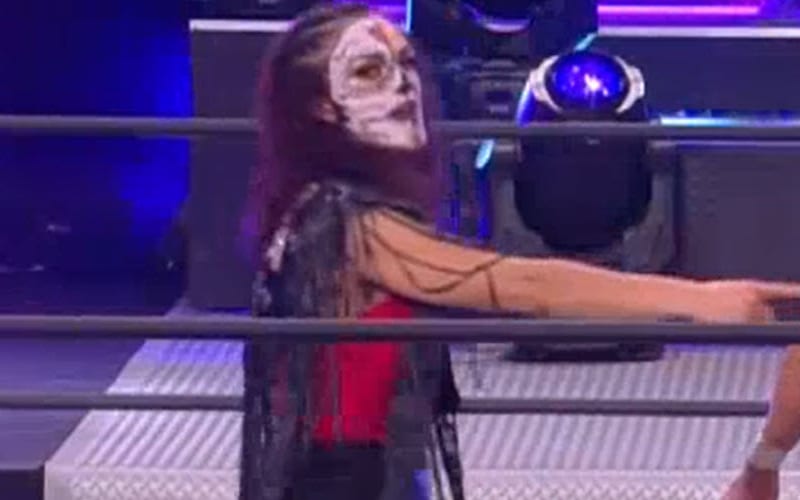 AEW is very interested in Thunder Rosa, and so is WWE. NWA still has her under contract, and she made her intentions known during the Full Gear Buy-In

Serena Deeb successfully defended the NWA Women’s World Title against Allysin Kay during the Full Gear Buy-In. This was an interesting match as Kay’s NWA contract just expired, and Deeb is under AEW contract.

After the match, Thunder Rosa came out. She is still under NWA contract. Thunder Rosa got a nice pop from the crowd. Then she walked up to Serena Deeb, pointed at the NWA Women’s Title, and she left.

It appears that Thunder Rosa is gunning to get her title back, at least while she is still under NWA contract.