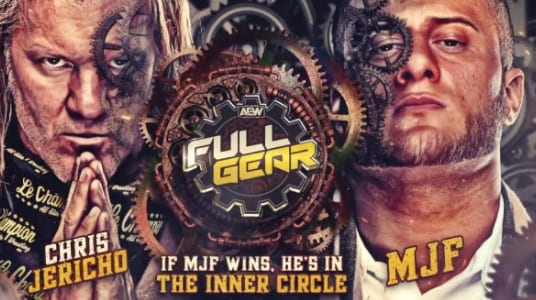 As seen on Sky Bet, the betting odds for Chris Jericho vs MJF at AEW Full Gear have been released.

The ongoing storyline between Jericho, MJF and The Inner Circle has certainly captured the imagination of AEW fans, and after their hilarious Le Dinner Debonair segment, MJF will finally have the chance to join the faction when he faces Jericho at Full Gear.

If MJF wins he’s in, as the complex relationship between these two top heels continues to change.

At this moment in time, MJF is the strong 4/11 favorite to win the match and gain entry into The Inner Circle. On the flip side, Jericho is a close 2/1 underdog.