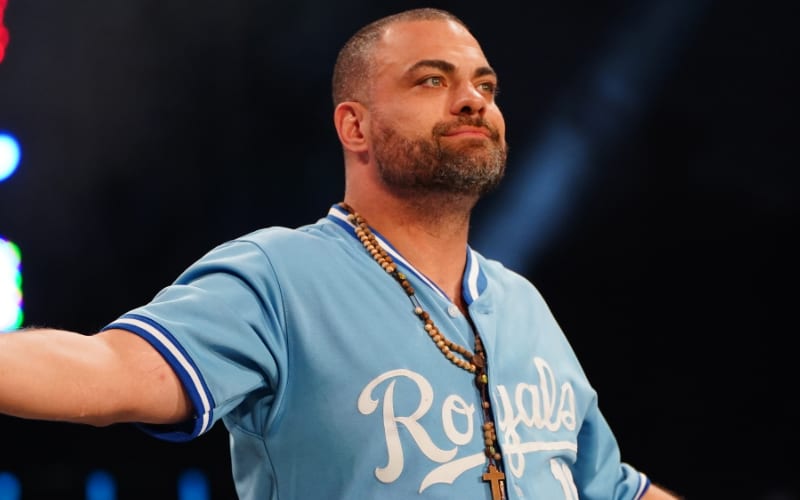 Eddie Kingston is set for a huge match against Jon Moxley at AEW Full Gear. He will face the AEW World Champion for his title in an “I Quit” match. There was a time in 2019 when Kingston almost said “I quit” to the entire pro wrestling business.

TSN recently spoke to Kingston about his career, and he revealed a very frank conversation his brother had with him. Eddie Kingston was prepared to quit the pro wrestling business last year, but his brother said he can’t because his nephew needs someone to look to who won’t quit.

“My brother, being my brother, gave me a little speech and he was basically like, ‘Hey man, I need you to help me with my son, with your nephew, and show him how to be a man and everything,’ And I was like, ‘Yeah, of course. Why are you even asking me this?’ And he just goes, ‘Well, I only have one problem – how can I tell my son never to quit, never to give up when his uncle did?’ I was like, ‘Excuse me?’ and he said, ‘How can I tell him never to quit when you’re quitting wrestling?’ And that just made me go, ‘Okay, well I guess I’m not quitting now,’ and I’m doing it for my nephew.”

Eddie Kingston’s passion and determination to carry on in pro wrestling is paying off in a big way. Things got bad for Kingston, even selling his wrestling gear to pay mortgage during the pandemic, but everything seems to be a lot better for him now because he didn’t say I quit.