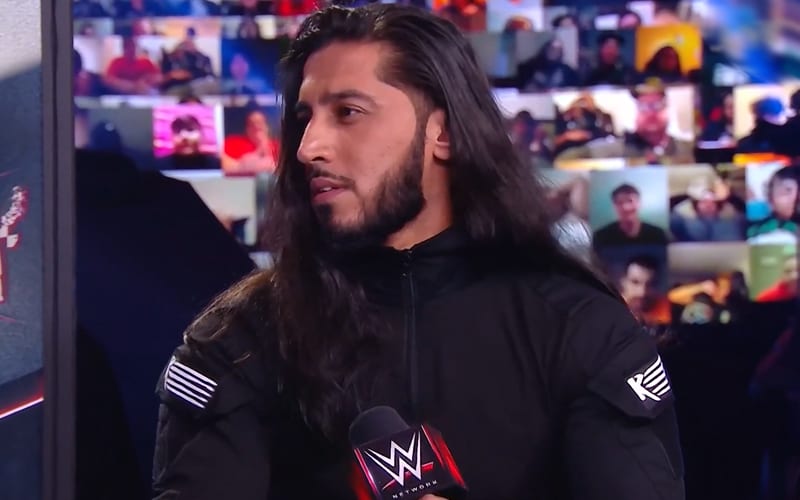 WWE fans know Mustafa Ali very well, but they might not know how to pronounce his name. He wanted to clear that up, and he demands respect.

The Retribution leader was a guest on RAW Talk this week. Before he got to the questions, he wanted to make sure that Charly Caruso and R-Truth knew how his name should be pronounced.

He cleared everything up for them and said that they should put some respect on his name. For years, Michael Cole and so many more have pronounced it incorrectly. The caption Ali provided says it all.

My name is Mustafa Ali. Say it right or don’t say it at all.

We’ll have to see what’s next for Mustafa Ali in WWE. Now that he finally got a chance to address how his name should be pronounced he can move on to other pressing matters.