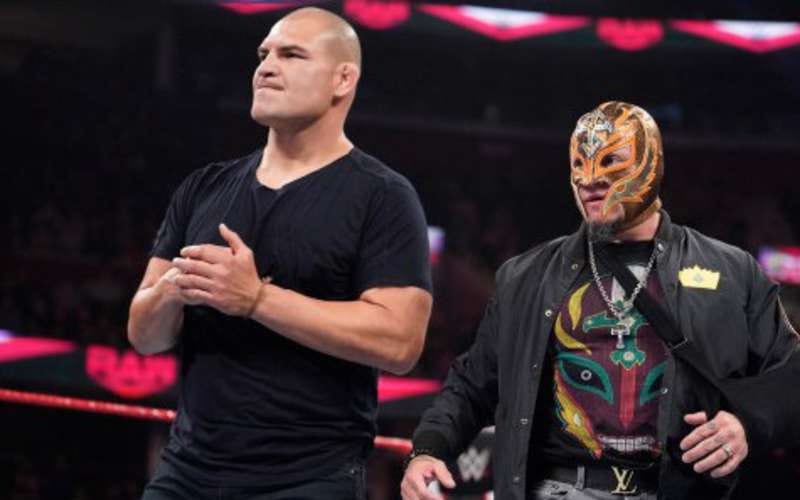 Cain Velasquez arrived in WWE, and he had a couple of matches before his release. One of those encounters was in Saudi Arabia against Brock Lesnar, and the other was in Mexico City where he teamed with Rey Mysterio. Now we are waiting for his next move, and Mysterio thinks it might be in the wrestling ring.

While speaking to ESPN, Rey Mysterio said he can’t really “dig into” Velasquez’s exact situation, but he does believe that the will be back in WWE. Velasquez has a lot of drive and passion to make it in the pro wrestling world, and Mysterio said that he believes the retired UFC fighter will return to WWE eventually.

“I can’t dig into the exact situation with Cain. I do know for a fact that he’s very dedicated, he’s very passionate about lucha libre and about wrestling, I know this was one of his biggest dreams to be a part of the WWE. I honestly don’t think that he’s gone for good. I think he’s going to make an appearance and a comeback. It’s very hard to put a mask on someone that has created their own history within the UFC like Cain.”

“I would really love and I think that him coming back would be huge.”

Velasquez commanded a very large payday, and WWE found themselves in a big cost-cutting mode as the pandemic came through. WWE reached record profits that quarter, but once crowds return it might open the door to bring in more big money names like Velasquez.