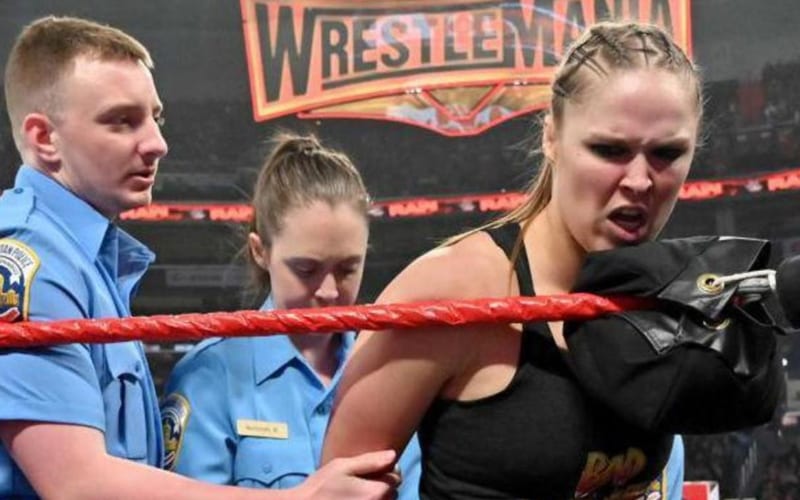 Ronda Rousey is not supporting Donald Trump for President, and she has some eyes on her from Republicans. Despite their candidate being a WWE Hall Of Famer, they need a lesson in kayfabe.

Politico released a list of Trump campaign committee members’ celebrity supporter recruitment list. 274 celebrities made the list. Under Ronda Rousey’s name it noted that she supported Bernie Sanders in 2016, and she was also arrested during a WWE event in 2019.

Ronda Rousey wasn’t really arrested, but she did actually cut herself up when she destroyed that cop car window. No charges were pressed when she did that either. Republicans might want to update their celebrity list, but at least it appears that pro wrestling is still real to them.