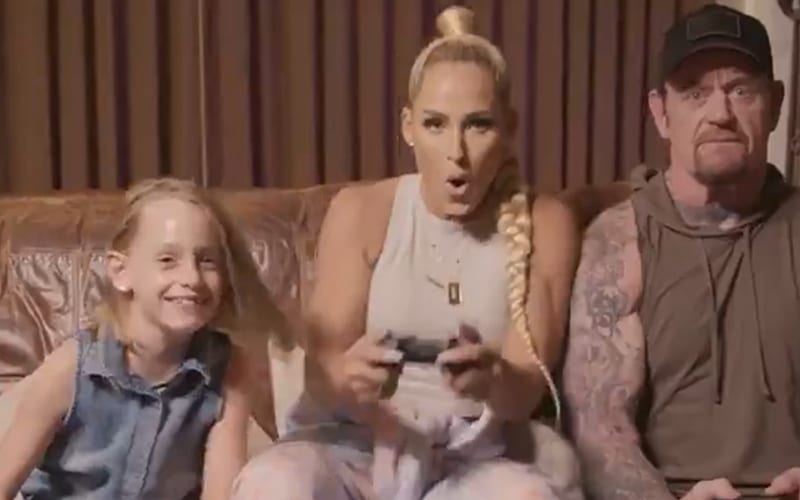 The Undertaker entertained millions of fans for 30 years and WWE is celebrating his career in a big way. The Last Ride docuseries showed the Deadman in a way that fans never thought they would see. His own family benefited from getting this view of him as well.

While speaking to WWE The Bump, Michelle McCool said that their eight-year-old daughter realized that her father doesn’t just sit around the house all day after watching that docuseries.

“It was really cool to see. It will be something that we will have forever. I think it was neat for our eight-year-old as much crap as she gives her daddy, I think it was pretty cool to see how much he’s done. She likes to just think that he constantly sits around the house and does nothing and we have to tell her, ‘look, kid he worked really hard for 30 straight years.'”

The Undertaker kept his gimmick guarded for nearly 30 years before lowering the veil and opening up on camera as himself. He did far more than his daughter ever realized. She grew up watching him in a very different way from the rest of us.