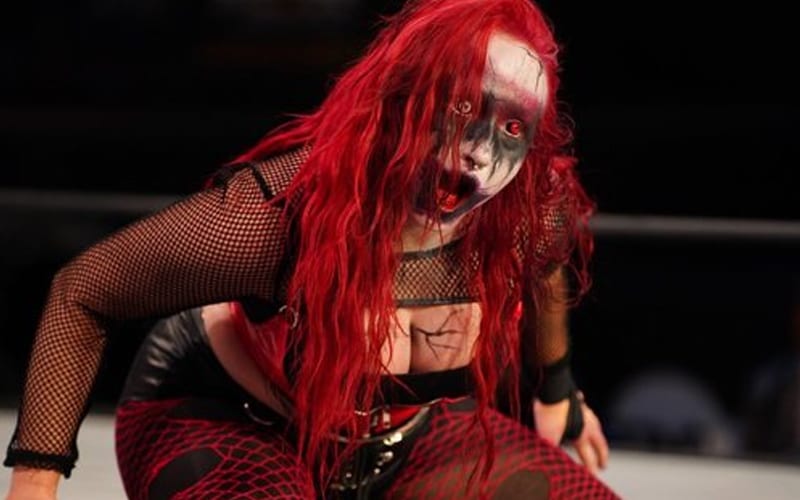 AEW recorded matches for next week’s Dynamite earlier this week. There was an injury during a match with Tay Conti and Abadon where AEW’s Living Dead Girl was injured. Now we have a bit of new information.

Click here for the FULL SPOILERS from AEW Dynamite for next week.

During Wrestling Observer Radio, Dave Meltzer opened up about Abadon’s injury. It isn’t 100% clear what went wrong, but there is reason to believe that she took a shot to the throat at some point which caused the injury.

“The Abadon thing I don’t know but she was hospitalized and it was serious. She will make a full recovery, and I don’t even know what it was for sure. The impression is she got nailed in the throat, but I’m not even sure if the match is airing on television or not, but I’m thinking that it’s not.”

We’re hoping for the best in this situation. You never know what can happen in the ring, but Abadon apparently suffered one of the unpredictable consequences in pro wrestling.