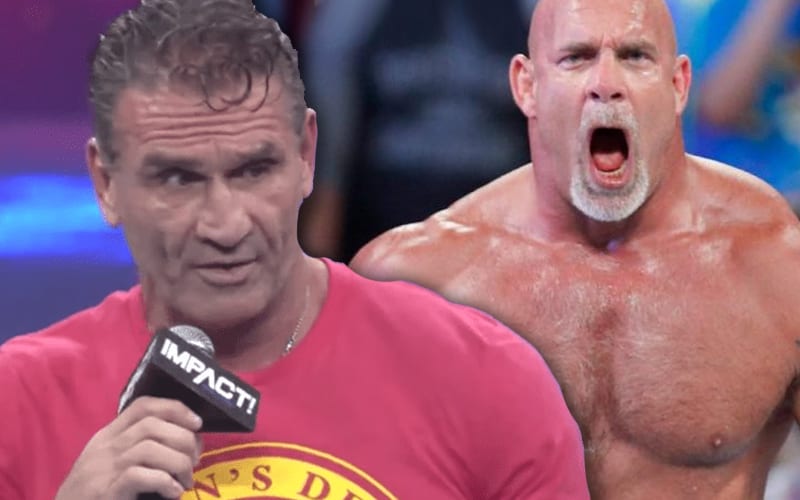 Goldberg’s WWE contract is still going and fans are waiting for him to make his next move. If he decides to step up to Ken Shamrock, then the World’s Most Dangerous Man is 100% ready for that challenge.

Ken Shamrock, who is being inducted into the Impact Wrestling Hall Of Fame, spoke to The Angle podcast recently. During the conversation, he was asked who he would like to face in the ring. He only had one very big answer, and that’s Goldberg.

“In wrestling that’s a real easy one for me. It’s Goldberg. I felt that his character meshed well with who I am and he worked pretty stiff. Unfortunately he was in the other in the other company, but I have confidence that one day we can get that one done. I think his style with mine would be a really good match.”

We’ll have to see if that match is possible. Ken Shamrock is currently with Impact Wrestling, and that’s the wrong company to be in if you want a chance at facing Goldberg. The fact that Goldberg doesn’t wrestle very much anymore also plays a very important factor in things.

Perhaps, if things played out differently years ago those two could have faced each other, but at this point it’s very likely a dream match for Ken Shamrock that will never happen for real.