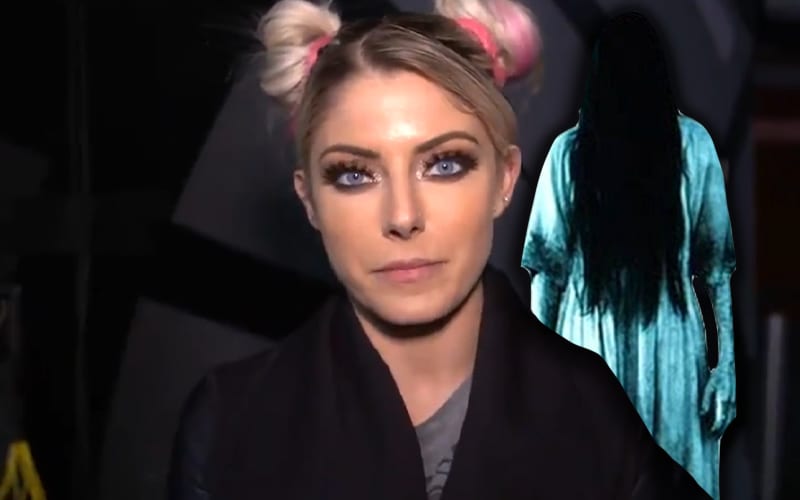 It’s Halloween time which means some people are gearing up to scare themselves for fun. Movies are a great escape and can also do the trick if you need a fright. WWE recently asked their Superstars what’s their favorite scary movie and none of them said “Beyond The Ring.”

Each RAW Superstar had their own unique answer. The video was edited so the best response came last when Keith Lee got his turn. His favorite horror movie is any one he ever went to see with Io Shirai, Kairi Sane, or Jessamyn Duke because he loves laughing at their screams of terror.

You can check out their responses below.

Cesaro: He doesn’t like horror movies, but the last he saw was the OG Blair Witch Project

Zelina Vega: Hocus Pocus, Nightmare Before Christmas, and Nightmare on Elm Street (Honorable mention to Leprechaun and Candyman because they legit scare her.)

Tucker: He doesn’t like being scared, it’s not one of his favorite emotions. He picked Halloween, The Birds, and Silence of the Lambs because they’re art

Peyton Royce: She doesn’t like them, but she saw Texas Chainsaw Massacre back in the day and she doesn’t like it when her heartrate increases like that.

Keith Lee: Any when he has gone to the theater with Io Shirai, Kairi Sane, or Jessamyn Duke “because I get the greatest joy at laughing at them screaming. So my joy comes from laughing at others’ terror at horror movies, because they don’t do anything except for make me laugh most times.”

WWE is holding Halloween Havoc for NXT next week. Shotzi Blackheart didn’t give her favorite horror movie in this video, but she will be howling and hosting the festivities as they Spin The Wheel, and Make The Deal next Wednesday.

What is your favorite scary movie? Sound off in the comments below.