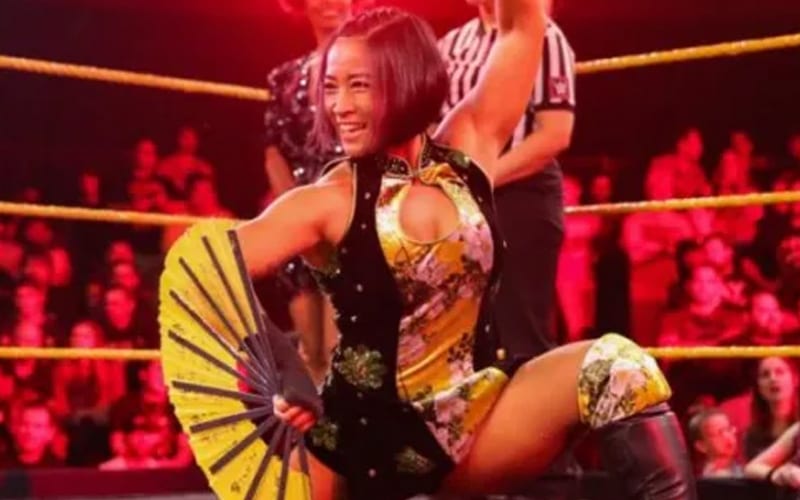 WWE has several multi-talented Superstars in NXT. Xia Li is prepared to embark on a new adventure in kickboxing.

Li will make her amateur kickboxing debut at Combat Night Orlando on October 24th. That is this Saturday.

Combat Night Orlando promoter Mitchell Chamale talked to the Roman Show where he disclosed that he had no idea that Xia Li was even with WWE until recently.

“I was unaware [that Li is a wrestler] until recently, but to us, she is an athlete looking to test her skill on our event.”

“We do our best to treat all our athletes the same regardless of what they do outside the cage.”

The NXT Superstar will take on Anna Housel in a 125-pound contest. The crowd of 200 people at the event will be socially distanced at Gilt Nightclub in Orlando, Florida.