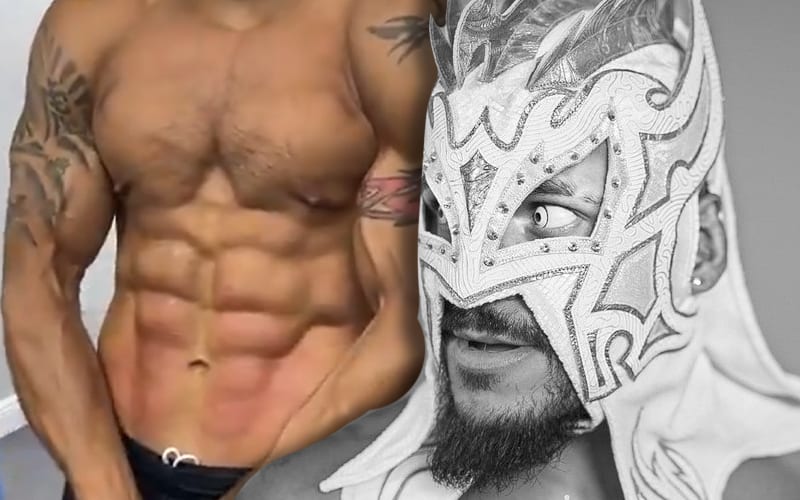 Kalisto is on SmackDown now, and that means he is no longer a part of the Lucha House Party. He is now putting the entire WWE locker room on notice.

Click here for our full rundown the the 2020 WWE Draft choices to see where your favorite Superstar landed.

Kalisto dropped a new video where his caption said: “Chiseled to the Gods.” He showed only his ripped abs in this video because he was likely unmasked, but those abs were the intention for this video anyway.

The former United States Champion spent a long time out of action, but he returned in the best shape of his career. He’s obviously not shy to show off all of his hard work either.

He said “locker room watch out, now” as his trainer toned up each ab individually. It was a painful experience, but Kalisto is likely very familar with the feeling of having his muscles burn after a workout. You can check out the video below.