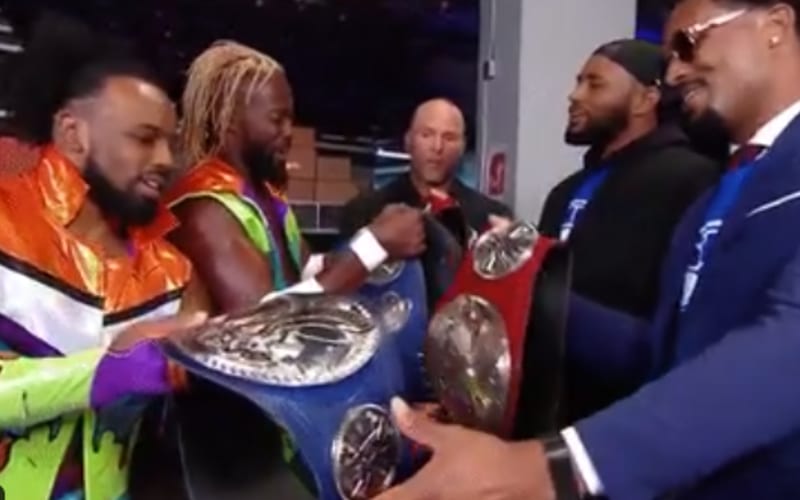 WWE moved a lot of Superstars around during the WWE Draft. Click here for our full coverage. Both sets of Tag Team Champions were drafted to different brands, and the company had an easy way to fix the situation.

Adam Pearce gathered The Street Profits and New Day backstage after it was revealed that Montez Ford and Angelo Dawkins are headed to SmackDown. He suggested that they simply switch titles.

It seems like WWE missed out on an opportunity to do something more interesting, but the two teams simply traded titles. This was followed by Robert Roode and Dolph Ziggler walking up and challenging the now-Raw Tag Team Champions, The New Day.