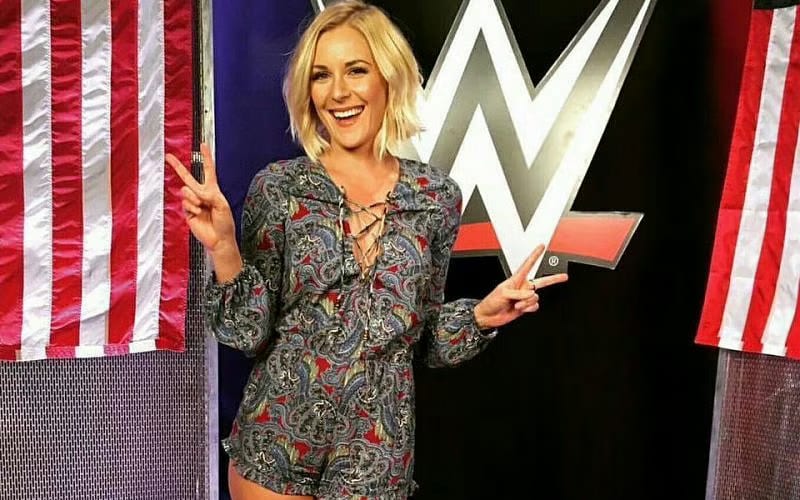 Renee Young left WWE after SummerSlam, and after 8 years of working for WWE she never became a dual citizen. The proud Canadian is working on getting that done.

Renee Paquette tweeted out a reminder to fans that she can’t vote on November 3rd, but everyone else who can should. It is a very important election in United States history, and although she can’t vote Renee wanted to get the word out.

Gail Kim tweeted back at Renee Paquette and suggested that she become a dual citizen. Renee replied saying that it’s a work in progress, but it won’t be completed until after November 3rd has passed.

Working on it! Sadly won’t be done in time.

We’re not getting political here at Ringside News, but a lot of people are very passionate about who will run the United States. Renee Paquette might not be able to vote, but she’ll likely have her dual citizenship completed by the time the next Presidential election rolls around.