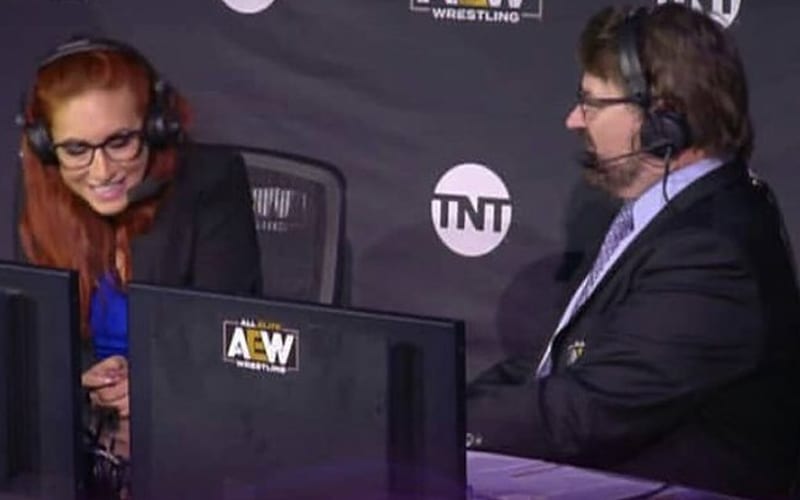 AEW provided Veda Scott with an opportunity to join their commentary team as a guest for the Women’s Tag Team Cup Tournament. That guest spot has continued a bit longer for Scott.

Veda Scott tweeted out to let fans know how much she appreciates all the support she received so far. She doesn’t know what the future holds, but she is very grateful for the opportunity she has received so far.

I’m overwhelmed by the support I continue to get here (still!) for my recent announcing work with @AEWrestling

I don’t know what the future holds but I’m so thankful for these opportunities. And knowing you want to see/hear more? Wow. That matters a lot to me. THANK YOU

We haven’t heard anything about Veda Scott signing an AEW contract. She might be working on a per appearance deal right now, but there could be much more room for Veda Scott to grow in AEW as the company continues.