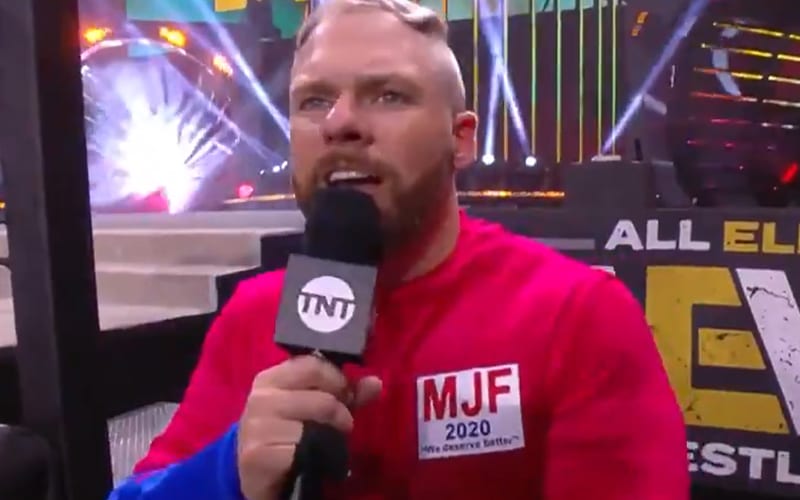 MJF’s attorney Mark Sterling faced Jon Moxley this week on AEW Dynamite. He didn’t win the match, but Matt Cardona was very proud of him backstage.

Sterling lost to a Paradigm Shift on Dynamite. That move will be illegal at All Out, but it was fair game this week on Dynamite. Sterling is also producer of Cardona and Brian Meyers’ Major Wrestling Figure podcast. The former Broski tweeted out how proud he was of Sterling’s performance.

Mark Sterling seemed to fit in well with MJF’s entourage. Perhaps he will stick around. If MJF became a champion with a lot of people around him that might not be a bad look for him. It’s working well so far with his current campaign to dethrone Moxley as part of MJF 2020.