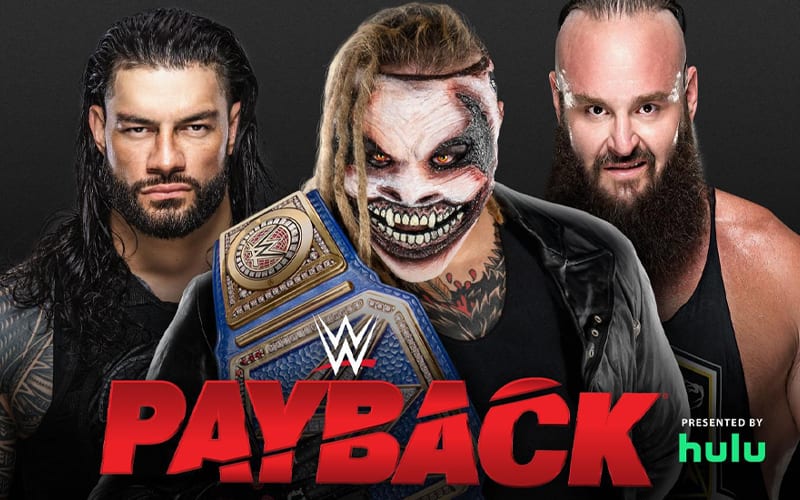 WWE Payback is tonight, and we just got over SummerSlam. Let’s take a look at the event that follows the biggest party of the summer. The kickoff show starts at 6:00 PM EST with the main show starting at 7:00 PM EST.

The Universal Title match is the obvious main event of the show. This could see a heel Roman Reigns walk out of the ThunderDome as Universal Champion alongside his new Advocate Paul Heyman.

The WWE Women’s Tag Team Titles is also an interesting situation. Bayley and Sasha Banks need to keep their titles from Nia Jax and Shayna Baszler. That mismatched team could shake up the Golden Role Models’ world.

There are several big matches on the card including what will stand as Matt Riddle and Keith Lee’s WWE pay-per-view debuts since joining the main roster.

Rey Mysterio & Dominik Mysterio vs Seth Rollins & Murphy is also a match that will gain attention. It won’t be the end of that feud because Rollins vs Rey Mysterio has already been booked for RAW on Monday.