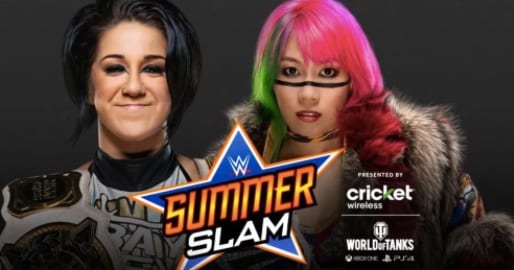 As seen on Sky Bet, the betting odds for Bayley vs Asuka at WWE SummerSlam have been released.

The biggest party of the summer will feature a string of fascinating matches this weekend, with the Empress of Tomorrow being set to have an incredibly busy night.

The odds for this one are incredibly close, but Asuka is the narrow favorite to win the title at 4/5. On the flip side, the champion Bayley is a tight underdog at 10/11.

Bayley has had one hell of a run with the title, but Asuka’s surge back to prominence leads many to wonder whether it’s inevitable that she walks out of SummerSlam with a championship belt.

The big question is this: which one will she win?