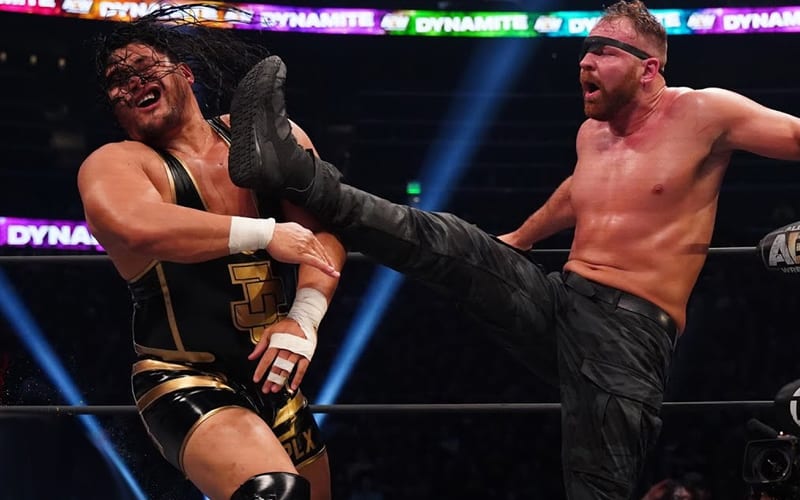 While speaking to Wrestling Inc, Jeff Cobb mentioned Moxley’s situation. Cobb would like to win that title because he could actually defend it in America.

Cobb went on to say that he respects Moxley as a wrestler, but he would still jump at the chance to represent the US Title and be able to defend it as well.

“I respect him as a wrestler, as a fighter,” Cobb prefaced. “Although, again going back to being selfish, I would love to selfishly win that championship just for the fact that I’ll be able to defend it in America, and it’s called the U.S. Championship. We both live in Vegas, and we plan to get together a couple of times. Our schedules don’t line up as much as we’d like to, but it’s one of those no hard feelings kind of things. Just business. Not if but when I win, then I’ll buy the first round I guess.”

We’ll have to see what opens up for Moxley down the line. His AEW deal doesn’t allow him to work in the United States for any other televised promotion. He is still holding a title in NJPW which might need to be taken care of.

Moxley’s first reign with the IWGP United States Title ended when he couldn’t defend it. It would be a shame for him to lose it by having it stripped twice in a row.