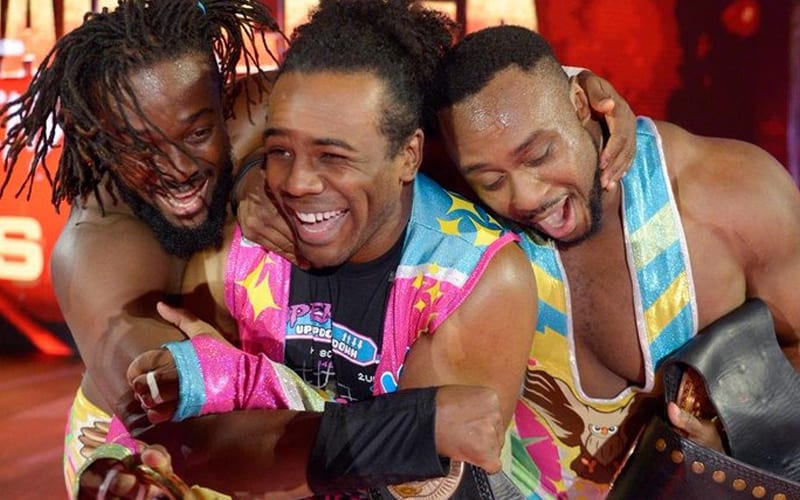 The New Day haven’t broken up in spite of both Kofi Kingston and Big E getting singles pushes while the faction was together. Big E is getting a big opportunity right now in WWE, and he’s not going to pass it up.

Big E recently spoke to Alex McCarthy about his new push in WWE. He said that the company told him their direction, but he’ll believe it when it happens. The company is very likely to change their mind multiple times between now and then.

Big E also went into some detail about how New Day has a “rotation policy.” They used this at television and live events to make sure that everyone got a turn in the squared circle. It just so happened to be Kofi and Big E’s turn at Hell In A Cell in 2017, but Kofi gave the spot to Woods.

New Day had a rotation policy they used on TV and live events. It was Kofi Kingston and Big E’s turn when they faced The Usos at Hell in a Cell in 2017.

Kofi forfeited his spot and told Woods it was an opportunity for him to shine. Super cool.

Big E is the only member of the New Day who is currently wrestling on television. No rotation system is needed right now, but it will be interesting to pay attention to which members wrestle when all three are back together again.