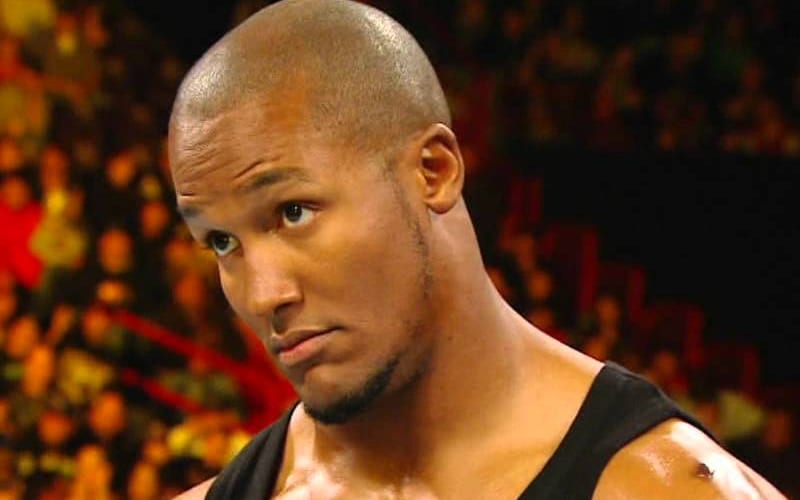 WWE is a dream for a lot of people, but it is only possible for a select few. Byron Saxton as lucky enough to spend over five years training to be a WWE Superstar in FCW and then NXT, but that just wasn’t in the cards.

Saxton was transitioned over to the announce team, but it wasn’t a choice he made on his own. This came after he was informed that his dreams of becoming a WWE Superstar probably weren’t coming true.

Saxton took that netgaive and turned it into a big positive. He continued with WWE as an announcer and the rest is history. It would have been a lot different if he decided that he wanted to wrestle instead.

“2012 was my final match in NXT. We had already transitioned, of course, from FCW, and at the time, I had been in developmental longer than anybody. I was there for five years and change, and this was a time where, again, it was a lot of transitioning happening from FCW to NXT. We had a new coaching staff come in. Bill DeMott, funny enough, had come back into the fold, and I gathered just from the outside looking in and using what smarts I have I guess, I think the new administration probably came in and went, ‘okay, who do we have on our roster here in developmental? How long have they been here? What’s their career trajectory?’

“And that ended up translating into a phone call that I received one day from talent relations, and I was basically told, ‘listen, if you would like to continue your professional wrestling career with this company, that may not be possible. But if you would like to pursue something else behind the scenes, you might still have an opportunity.’ And that was that. So I, trying to be a smart forward-thinking businessman, said to myself, ‘well, I’m not opposed to learning a new skill’, and part of that is my faith and just letting God kind of take control of my life.”

“I still wanted to wrestle. That bug never goes away, as you know, but I said, ‘I mean, it’s a risk. I don’t know where this road is going to take me, but if the company is basically telling me I’m going to be fired if I want to continue being a wrestler, let me see what this other option is’. And that’s how it came to an end.”

Pro wrestling is a hard world to break into, but it takes an ability to roll with the punches. Byron Saxton didn’t enter WWE to become a member of the announce team. That is where his road took him and it’s hard to imagine things working out any different at this point.