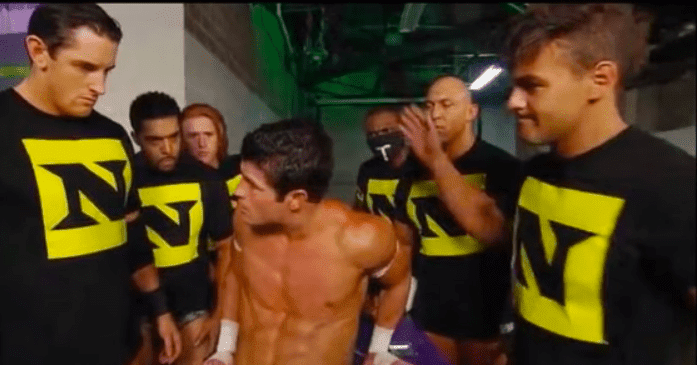 Matt Sydal had a fairly remarkable run in WWE as Evan Bourne. During his time in the company, Sydal held the WWE Tag Team titles with Kofi Kingston and their team was known as “Air Boom”.

During his time in the company, Sydal also had a few run-ins with The Nexus. Sydal was one of the many Superstars who were destroyed by Nexus when they first arrived in the company.

Sydal took to his Twitter handle to reveal that he would have joined Nexus if the group had just asked.

I would have joined Nexus if they had just asked.

A fan told Sydal that had he joined Nexus, he would have also had his momentum killed by John Cena like the rest of the group. To this, Sydal responded by saying that it’d have been a much better outcome than the backstage segment where he was squished by the group again and again.

Sydal last wrestled for EVOLVE under his old WWE name “Evan Bourne”. However, WWE now owns EVOLVE so it’d be interesting to see where Sydal goes next.

Do you want to see Evan Bourne in WWE again? Tell us what you think in the comments below!